Update to International Airmail Services
Due to the recent cyber attack on Royal Mail's International service hub all overseas orders are currently being fulfilled by Deutsche Post Global Mail. For time-sensitive orders please consider using a FedEx service.
- more info
Hi, it looks like you're visiting from USA, you can see our US site here: | Visiting from the UK? | Visiting from elsewhere?
Country:
+44 (0)1438 880 758 Mon-Fri (9.30am-5.00pm)
Home Pens Pens by Brand PenAgain Pens
Pens by Brand

The design for the PenAgain was conceived in 1987 when the creator, Colin Roche was still a teenager in detention for being late one too many times. Earlier that day Colin had picked up a flexible toy pen from a local flea market, in the classroom he twisted the pen into a more confortable shape to write with.

After making the first prototype the idea sat on the back-burner for more than ten years until a conversation with an old school friend spurred him on to make the idea into a marketable product. A few prototypes and years later the ergonomic PenAgain pens are now sold worldwide. 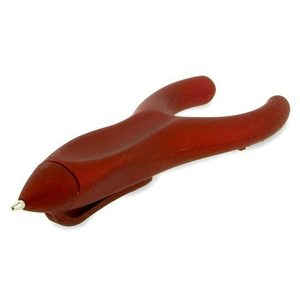 PenAgain
£6.50 - £7.45
Finished with a soft rubberized coating, the Ergo-sof combines new enhancements such as a clip and retractable cap, with extra comfort.