Be the first to write a review
|
Ask a question 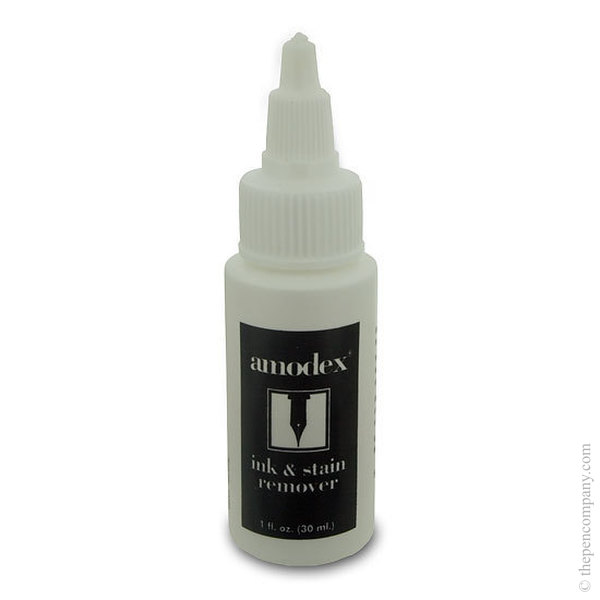 Be the first to write a review
|
Ask a question
RRP:
$9.03
Price:
$8.13
You save:
$0.89
-10%
In stock
Available Now
Shipping Shipping calculated in cart
Essential info
Description
Reviews
Questions (1)
By Elizabeth Woollett
|
21st June 2014
I have a new cream leather handbag. On it's first outing someone defaced the front of it with a blue/black biro pen. I googled for help and used some colourless alcohol rather than meths to remove it. Some of the staining has come out but half still remains. Will this pen be able to help remove the rest despite the stain being six days old already?
Amodex is a very effective ink remover and has been around for quite some time. It appears to be more of a soapy detergent product rather than a solvent and works in a different way to the alcohol that you have used. Unfortunately, although alcohol is an effective solvent for ball pen ink and works well on hard non-absorbent surfaces, it's action of thinning the ink will also allow it to soak in to an absorbent surface, as well as to spread. I would think that it was worth trying, but the previous treatment with alcohol may mean that is is not 100% effective.