COVID-19
Currently we are operating our business as normally as possible. All items marked "in stock" will be shipped as soon as possible.
There may be some delays / restrictions for deliveries.
- more info
Country:
(917) 900-1661 Mon-Fri (4:30am-12:00pm EST)
Home Pens Pens by Brand Kaweco Pens
Pens by Brand

Originally founded in 1883 by Leopold Heideleberg, Heidelberger Federhalterfabrik produced wooden dip pens. In 1889, in a commercial relationship with Morton, New York, the Kaweco brand was born offering fountain pens and gold nibs. Kaweco are now one of the oldest German brands available. Many current pens still carry the three-part circle logo containing KA WE CO which was originally adopted in 1930 with the merging of Kaweco and Aurumia. Kaweco survived both World Wars and started production again in 1945, celebrating 130 years in 2013.

Every aspect of a Kaweco product exhibits the high standards and quality assurance that Kaweco strive for giving a beautifully engineered product that will last for decades and be a joy to own and use.

Kaweco
$78.27 - $102.13
The AC Sport range is made of CNC-turned aluminium with in-laid carbon fibre, and has black accents. The Kaweco Sport pocket fountain pen was first designed in 1911 as a small, lightweight pen which could be carried everywhere. This modern variation is hand assembled in Germany and is presented in a nostalgic gift tin. The octagonal design and oversized cap provide for comfortable writing. A standard international ink cartridge is included. 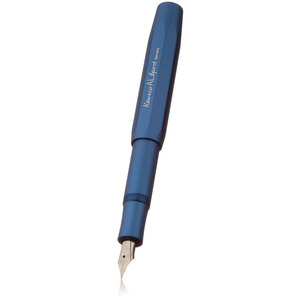 Kaweco
$46.12 - $67.46
The design of the Kaweco AL Sport has been around for some time and has been developed and refined over the years to it's current state of excellence. The AL Sport is machined from solid aluminium and is available in a range of anodised colours as well as black and a 'raw' aluminium finish designed to wear-in to a highly burnished finish over time. The Kaweco AL Sport is available as fountain pen, ball pen, gel roller and mechanical pencil. 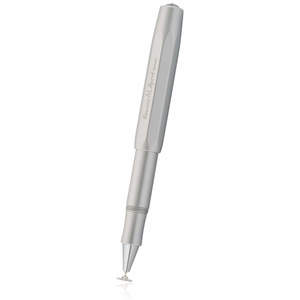 Kaweco
$73.40
The Kaweco Connect series is a Touch Pen suitable for use on all Android touch displays. The disc stlyus enables the use of traditional Kaweo writing instruments in modern digital settings. 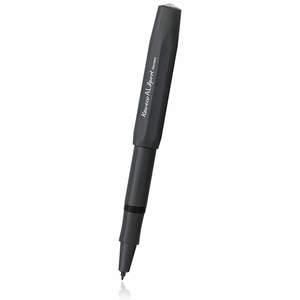 Kaweco
$89.98
The Kaweco AL Sport Connect EMR is a digital touchscreen version of the iconic metal pen which uses electromagnetic resonance. The innovative magnetic field allows the touchscreen to register your position and angle as well as pressure when writing. Compatible with most non-iOS devices. 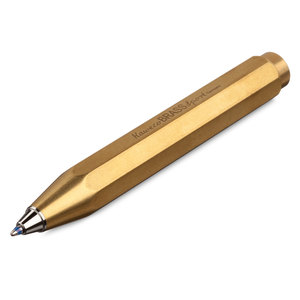 Kaweco
$49.74 - $62.80
The same design and size as the AL Sport, the Kaweco Brass Sport is a substantial, heavy pen with the Sport Brass Fountain pen weighing in at 44 grams, making it the heaviest Kaweco pen available. Produced with a 'raw' uncoated surface which is designed to wear to a highly burnished finish over time, so that no two pens will ever have exactly the same appearance. Machined from solid brass, the Kaweco Brass Sport is available as fountain pen, ball pen, gel roller and mechanical pencil. 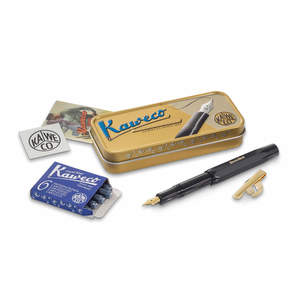 Kaweco
$25.32
The Kaweco Classic Sport range is made of ABS injection-moulded plastic and has gold accents. It is hand assembled in Germany and comes here as a set, including a Classic Sport fountain pen, 1 gold clip, and 1 pack of Kaweco ink cartridges presented in a retro gift tin box.

Kaweco
$14.05 - $20.90
The iconic Kaweco Classic Sport stays true to its original 1935 design. When closed these unique hexagonal pens fit easily in the pocket and extend to a standard full-length pen with the cap posted on the barrel. Available in a range of classic colours with a golden embossed logo. 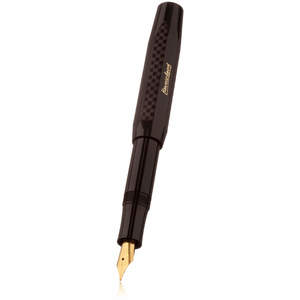 Kaweco
$17.07 - $21.10
Taking it's name from the chequerboard detail on the caps alternate facets, the Chess Sport is another take on the classic 1930's design.

Kaweco
$69.63 - $102.54
The Kaweco DIA 2 features a nostalgic, original design with the additional benefit of being lightweight and comfortable to use. It is made from acrylic resin on CNC-precision-machined aluminium. The clip is made of chrome plated brass and measures 135mm closed. The DIA 2 is known for a unique design feature of knurling on the screw-on cap and barrel. Presented in a gift box with a leatherette cover. 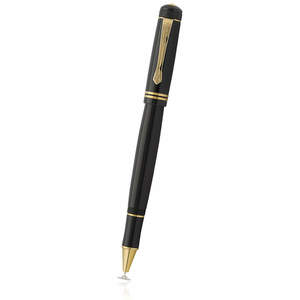 Kaweco
$110.57
The Kaweco Connect series is a range of digital writing instruments made for Android touch displays. The clean design and high-precision manufacturing of the Dia 2 Touch Pen make it an attractive partner to create digital text on the go. 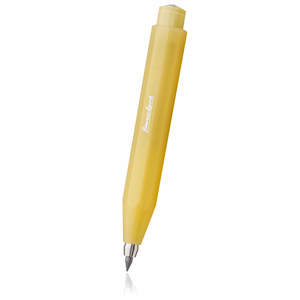 Kaweco
$14.92 - $20.80
The Frosted Sport range features opaque ice-like barrels in pastel colours, offering a glimpse of the inner workings of the pen. 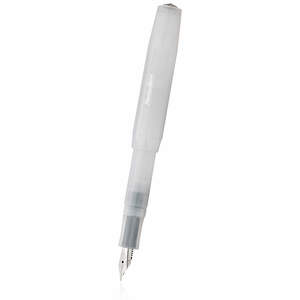 Kaweco
$22.15
The Kaweco Sport was first designed in 1911 as a pocket fountain pen which could be carried everywhere. It has an octagonal design and an oversized cap. The innovative, light pastel colours of the series add to its timeless appeal while the slightly opaque plastic gives a glimpse of what lies beneath. The Calligraphy set includes four German-manufactured calligraphy nibs in widths from 1.1mm to 2.3mm and includes a ink cartridge.

Kaweco
$28.64
The Kaweco Ice Sport Glow Marker is a contemporary take on the classic highlighter pen. This gift set includes a genuine alternative to standard highlighters with their vibrant neon yellow ink cartridges as well as an original Kaweco fountain pen fitted with a calligraphy-style stub nib. Presented in a Kaweco gift tin. 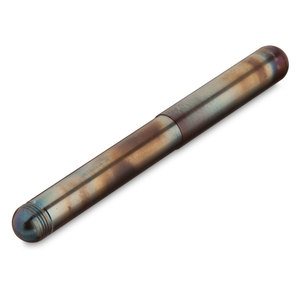 Kaweco
$36.16 - $120.57
German engineering in a compact form. The Kaweco Liliput range of compact fountain pens and ball pens are all machined from the solid, making them very tough and durable. The fountain pen is available in five metal finishes including the unusual 'Fire Blue' oxidised finish, as well as black lacquer. The ball pen is available in four finishes and utilises the super-smooth heart cam mechanism. 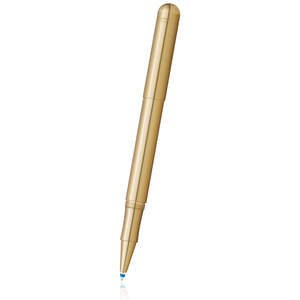 Kaweco
$58.48 - $116.90
The Kaweco Liliput is a pen with only three parts: the cap, barrel and grip. The body of this simple but elegant design features solid uncoated brass, which will age and develop its own unique patina over time. Well known for being one of the smallest pen designs in the world, the brass gives the pen a pleasing weight in the hand. This variation provides a capped version of the ballpoint pen. Presented in a Kaweco gift tin.

Kaweco
$10.14 - $13.96
The Perkeo range combines octagonal caps with 16-sided barrels in titillating colour combinations such as 'Cotton Candy' and 'Bad Taste'. The robust design and low price make this ideal for schools.

Kaweco
$26.02
The Sketch Up is an expertly-constructed clutch pencil for 5.6mm leads, ideal for sketching. The octagonal barrel is available in brass, chrome, matt black and satin chrome. The lead is released by a simple clutch mechanism operated by the push button, which also unscrews to reveal a lead sharpener.

Kaweco
$14.05 - $34.76
Kaweco's Skyline Sport presents a modern take on their classic 1911 design with a selection of fresh colours in high quality resin, accompanied with silver accents. The trademark octagonal shape accepts Kaweco's octagonal clip or sports clip for additional convenience. The compact designs are a little over 10cm when closed and the fountain and rollerball extend to a standard 13cm with the cap posted. The range includes fountain, ballpoint and rollerball pens as well as a clutch and mechanical pencil. 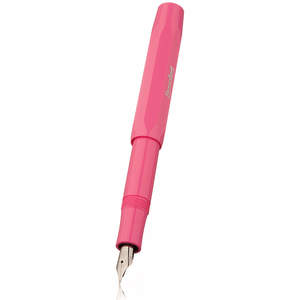 Kaweco
$14.05 - $34.76
Kaweco's Skyline Sport presents a modern take on their classic design with a selection of fresh colours in high quality resin, accompanied with silver accents. 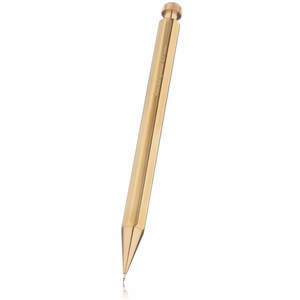 Kaweco
$36.17 - $80.38
The Kaweco Special series applies the trademark octagonal barrel design to a longer and thinner profile inspired by the office pencils of the 1930s. 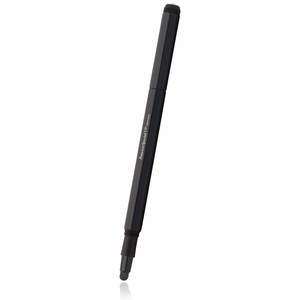 Kaweco
$83.39
The Connect range is specially designed for digital writing and this Special Touch Pen features a Connect Stylus suitable for use with touch screens. The high-quality craftsmanship provides smooth, precise lines when using your device's touchscreen. The Kaweco Special Touch Pen applies the trademark octagonal barrel design to a longer and thinner profile inspired by the office pencils of the 1930s. 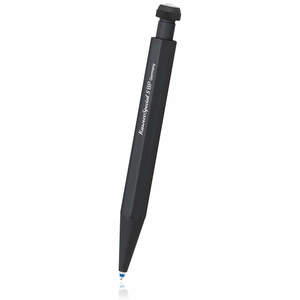 Kaweco
$38.03
The Kaweco Special range was inspired by the classic office pencil of 1930s Germany. It features an octagonal design, with a push-button mechanism to advance and retract the D1 refill. This 'Short' version of the ballpoint pen provides a more diminutive variety of the standard longer and thinner profile of the Special range. Presented in a retro Kaweco gift box. 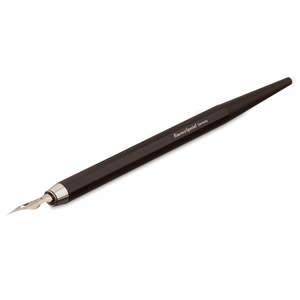 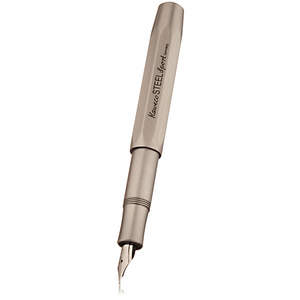 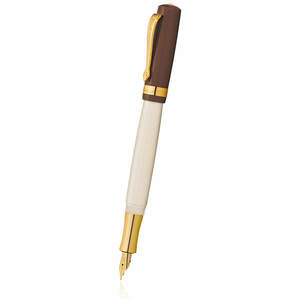 Kaweco
$36.62 - $56.12
The Kaweco Student range is inspired by a design from the 1920s and aims to deliver high quality, classic writing instruments at an attractive price for pupils and students. The pen features an injection-moulded acrylic body with metal-plated brass accents. It comes presented in a retro gift tin. The Student range takes its inspiration from the cultural changes over the years, with a selection of colours inspired by the music and parties that influenced the students during each decade since it's inception. The fountain pen in available in 5 nib widths from Extra Fine to Double Broad, features a Kaweco 060 steel nib and accepts a cartridge or standard converter. 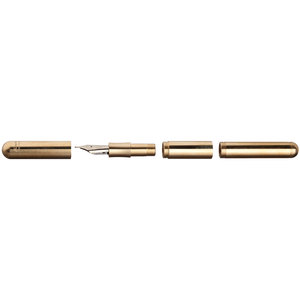 Kaweco
$76.87 - $181.77
The Kaweco Supra is two pens in one. This dual length pen is machined from solid brass making it very durable and comes with a separate extender allowing it's length to be changed by 31mm when necessary. It is a pocket pen when you need it and a desk pen when you need a full size fountain pen.

A variety of high quality leather cases for Kaweco pens.