COVID-19
Currently we are operating our business as normally as possible. All items marked "in stock" will be shipped as soon as possible.
There may be some delays / restrictions for deliveries.
- more info
Country:
(917) 900-1661 Mon-Fri (4:30am-12:00pm EST)
Home Pens Pens by Brand Fisher Space Pens
Pens by Brand

The Fisher Space Pen is 'the space pen'; the only pen ever to be used in space. The AG-7 'Astronaut' space pen was first used on the Apollo 7 mission, is the only pen that has been to the moon, and is still used today by all American, Russian, European and International Space projects.

Fisher produces a range of space pens all built around the Fisher pressurised refill. The refill uses a thixotropic ink which remains solid until 'stirred' by the ball point, a nitrogen gas plug ensures a steady flow of ink at any angle, hence, the pen is not reliant on gravity to draw the ink from the pen.

Fisher space pens write on glossy surface such as plastics and coated papers, they even write through grease and underwater. Fisher pens are capable of writing at extreme temperatures from -35 to 121 Celsius. They are also good for doing the crossword in bed!

Fisher produces several ranges of space pens; the renowned 'AG-7 Astronaut' pen, the slighter, retractable 'Shuttle' range and the iconic 'Bullet' space pen, which, has been awarded many design awards and displayed in the Museum of Modern Art. 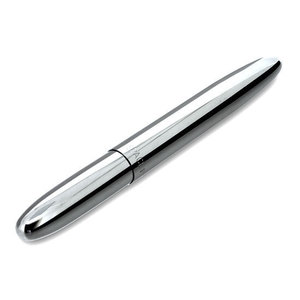 Fisher Space Pen
$26.47 - $57.07
Cited as an outstanding example of industrial art, the classic design of the Fisher Bullet space pen has been exhibited for years in the New York Museum of Modern Art. The Bullet pen's timeless styling has been the topic of many art books and magazine articles and continues to be Fisher's most popular space pen. Not only is it stylish but it works! Benefiting from Fisher's pressurised space pen refill allowing it to write at any angle and over many surfaces in adverse conditions. The Fisher Bullet space pen's compact closed size allows it to be easily stored in any pocket or bag, but, open it forms a full length pen for comfy, reliable writing. 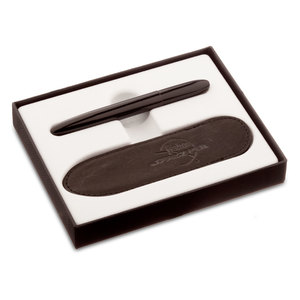 Fisher Space Pen
$32.99 - $37.58
The leather case in this gift set provides the perfect accompaniment for Fisher's most popular space pen. Paired with a slip case in a matching or complementary colour and displayed in an attractive presentation box, this is an excellent gift choice and perfect if you're planning on carrying your pen with you. 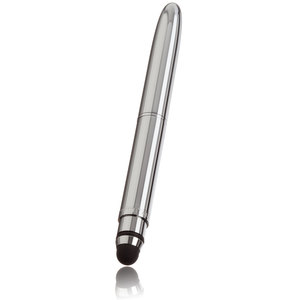 Fisher Space Pen
$33.61
These Deluxe Bullet Space Pens have a capitative stylus which is ideal for use with modern touch screens like those on ipads and other tablets. An ideal union of modern computing technology and the pinnacle of ballpoint pen technology. 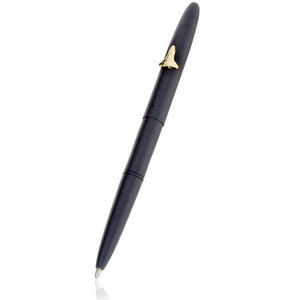 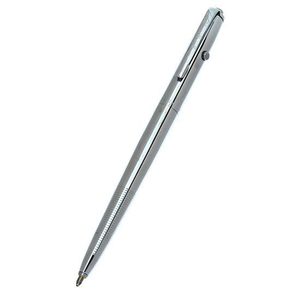 Fisher Space Pen
$61.15
The original space pen used on the Apollo missions. The AG-7 Astronaut pen is a retractable space pen. The only pen used on all manned space flights. 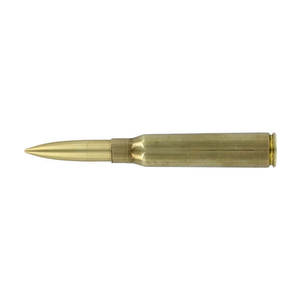 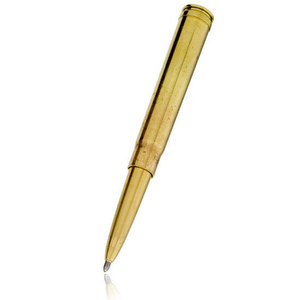 Fisher Space Pen
$30.55
Following the cult success of the original 'bullet' space pen Fisher have extended the range with what can only be described as a 'real' bullet pen, using a barrel formed from a genuine 375 bullet cartridge. 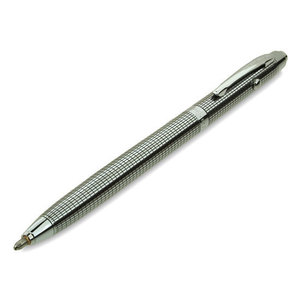 Fisher Space Pen
$56.06
The slim Shuttle pen engraved with a grid pattern in either black or gold. 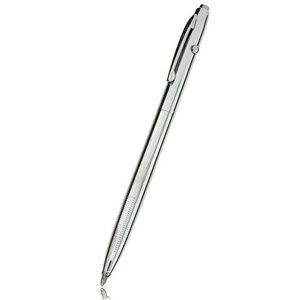 Fisher Space Pen
$41.77 - $53.00
The Shuttle pen is a slight retractable space pen manufactured from brass. Fisher's pressurised refill allows the Shuttle to write at any angle and over many surfaces in adverse conditions and of course in zero gravity. 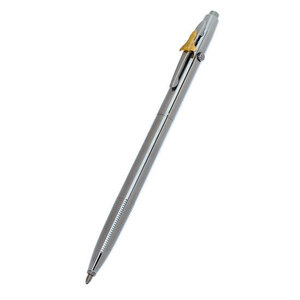 Fisher Space Pen
$44.83
The Fisher Shuttle space pen with the addition of a gold plated shuttle emblem on the clip. 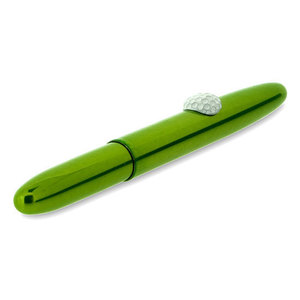 Fisher Space Pen
$33.15 - $40.76
The Golf pen from Fisher Space Pen is based on their classic Bullet pen. The Golf Bullet pen benefits from Fisher's pressurised refill allowing it to write at any angle and over many surfaces in adverse conditions - making it ideal for writing on a damp score card. A must for every keen Golfer. 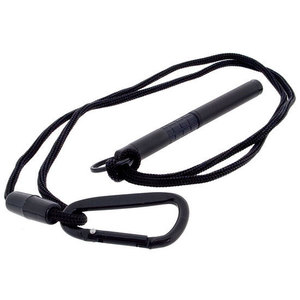 Fisher Space Pen
$42.79
The Fisher Trekker is a pen for the outdoors supplied with a lanyard, mini karabiner and key rig attatchemnt the Trekker pen is always at hand. Benefiting from Fisher's superior pressurised space pen technology, the Trekker pen will write on damp, shiny and greasy surfaces at any angle at the extremes of the temperature range. 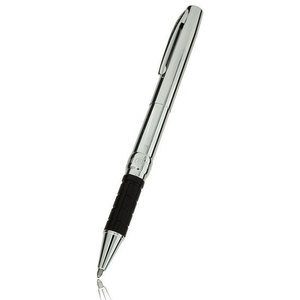 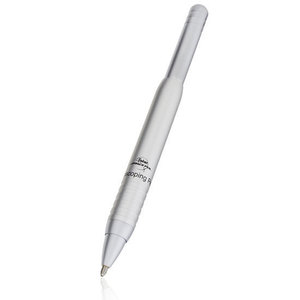 Fisher Space Pen
$43.82
This neat space pen extends from a compact storage size to a full size pen with a swift pull. As this pen uses Fisher's pressurised space pen refill it will write at any angle and over nearly every surface. 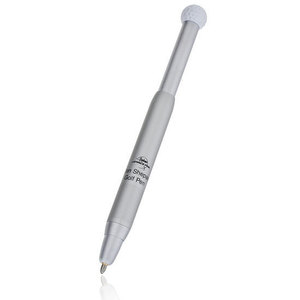 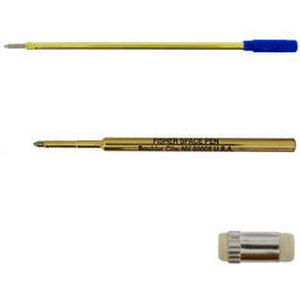