Update to International Airmail Services
Due to the recent cyber attack on Royal Mail's International service hub all overseas orders are currently being fulfilled by Deutsche Post Global Mail. For time-sensitive orders please consider using a FedEx service.
- more info
Hi, it looks like you're visiting from USA, you can see our US site here: | Visiting from the UK? | Visiting from elsewhere?
Country:
+44 (0)1438 880 758 Mon-Fri (9.30am-5.00pm)
Home Pens Pens by Brand Conklin Pens
Pens by Brand

After an illustrious 120 year history The Conklin Pen Company continue to innovate in the spirit of their founder Roy Conklin, who established the company in Toledo, Ohio USA in 1898.

Credited with creating the first practical self-filling mechanism, the 'Crescent Filler', Conklin's quality manufacturing and innovative design soon rose to prominence worldwide. By gently compressing the crescent that protrudes from the barrel the internal pressure bar collapses the rubber sac allowing ink to fill the void.

One such admirer of this design was the great author Mark Twain who became the company's official spokesperson in 1903. In addition to his appreciation of the convenience of the mechanism Twain discovered another benefit, stating "Also, I prefer it because it is a profanity saver, it cannot roll off the desk."

The Crescent filling mechanism still features in the Mark Twain signature range which comprises just one part of a fantastic selection of vivid and unique fountain pens, ballpoints and rollerballs known for their one-of-a-kind resin finishes. 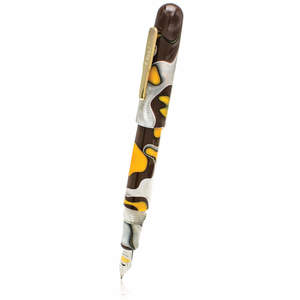 Conklin
£63.00 - £77.00
Conklin's All American range came about as a response to the depression of the 1930s. The collection launched at a price point more affordable for the general public, combining high quality with affordable prices in a variety of unique and vivid resin finishes. 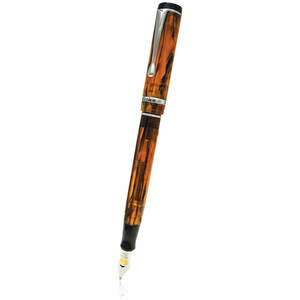 Conklin
£45.00 - £54.00
The Duragraph was designed to last as an heirloom over many generations. Each piece is built for durability and comes with a lifetime guarantee. The oversized, flat topped pen combines black grips and cap ends with captivating sometimes kaleidoscopic, richly coloured hues and silver metal accents. 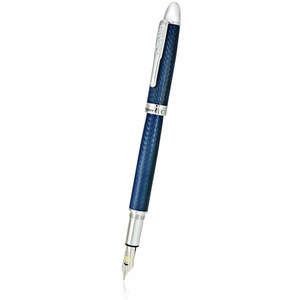 Conklin
£50.00
The Herringbone collection uses modern techniques to create a timeless textured design. Computerized engravings on the solid metal barrel are coated with a smooth coloured lacquer, allowing the light to shimmer over the finely textured patterns beneath. 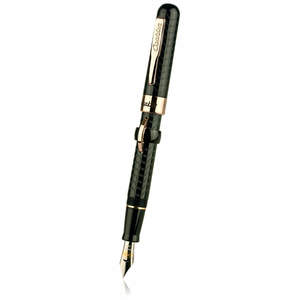 Conklin
£149.00 - £207.00
When Conklin patented their ground-breaking self-filling Crescent Filler mechanism in 1898 it soon became a favourite of the great writer Mark Twain, who became their official spokesman in 1903. Both are celebrated here through four classic designs and a special limited edition clear demonstrator finish. 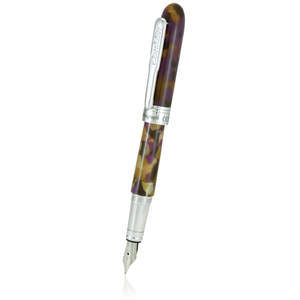 Conklin
£41.00 - £45.00
The minigraph range offers three diminutive multicoloured finishes perfect for carrying with you. The pens close to 10cm but write like a full-sized pen with the cap posted. 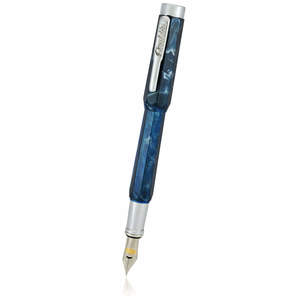 Conklin
£131.00
The Nozac range captures a pleasing range of colours on each pen with faceted octagonal barrels of swirling marbled acrylic resin complemented by silver accents. Available as a piston filling fountain pen or rollerball/ballpoint. 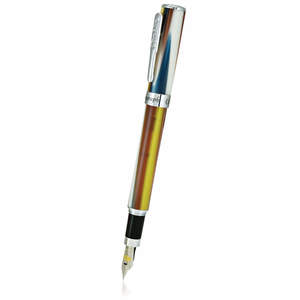 Conklin
£63.00 - £72.00
The Stylograph Matte range draws inspiration from a classic 1930s design, with tapered barrels and a distinctive flattened top. The barrels display streaks of complementary colours along the length of the pen to present a vivid and contrasting aesthetic. 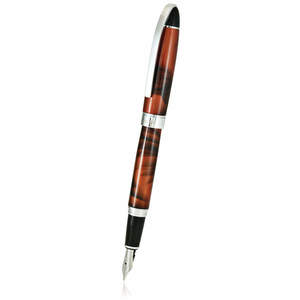