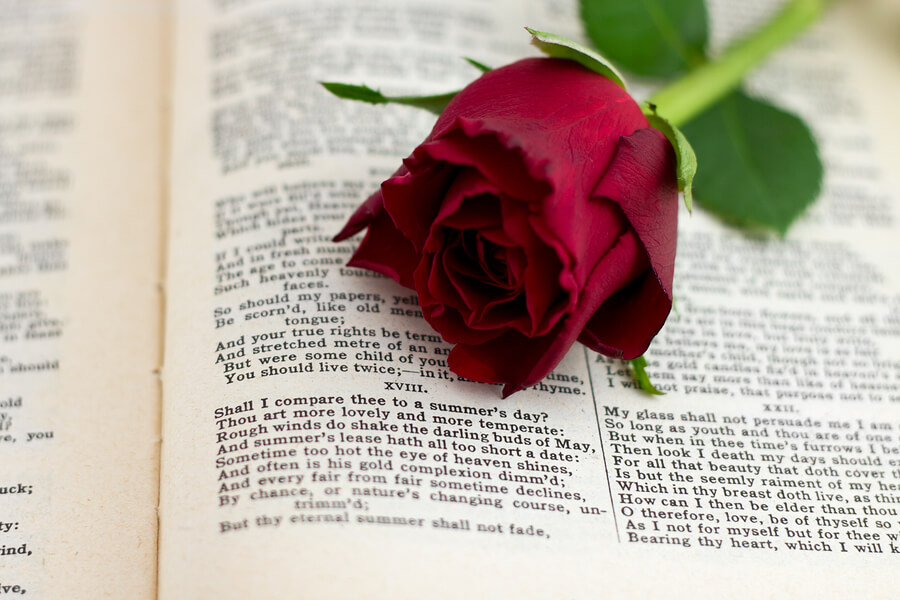 A sonnet is a form of poetry which takes its name from the Italian word “sonetto”, which means “little song” or “little sound.” The sonnet was established in Italy in the 14th century as a major form of love poetry, and came to be adopted in Spain, France and England in the 16th century, and in Germany in the 17th century. Giacomo da Lentini is often credited with its invention, and the most famous English writer of sonnets is undoubtedly William Shakespeare. This guide is based upon Shakespeare’s classic sonnet composition, as the composition of sonnets differs from country to country and between time periods.

What is a sonnet?

The English sonnet, or Shakespearian sonnet as it is also known, is a poem of 14 lines in iambic pentameter which are divided into three groups of four lines, and one group of two lines. Each line should feature ten syllables, and the lines should rhyme in the following sequence: ABAB CDCD EFEF GG. The sonnet ends with a rhyming couplet.

What is iambic pentameter?

The lines of iambic pentameter below have the stressed syllables underlined, to indicate how the rhythm works:

Shall I compare thee to a summer’s day?

So long as men can breathe or eyes can see

An example of a full sonnet

Here is an example of a sonnet, so you can see the sonnet formation, and also the rhyming sequence which I have highlighted in brackets at the end of each line.

If there be nothing new, but that which is (A)

Hath been before, how are our brains beguil’d, (B)

Which labouring for invention bear amiss (A)

The second burthen of a former child. (B)

Oh that record could with a backward look, (C)

Even of five hundred courses of the sun, (D)

Show me your image in some antique book, (C)

Since mind at first in character was done, (D)

That I might see what the old world could say (E)

To this composed wonder of your frame; (F)

Whether we are mended, or where better they, (E)

Or whether revolution be the same. (F)

Oh sure I am the wits of former days, (G)

To subjects worse have given admiring praise. (G)

Tips for writing a sonnet

Please do share your sonnet creations with us in the comments – we’d love to read them!

How to write a limerick
Whether you are a writer, a poet or a complete…
There is 1 comment for this article