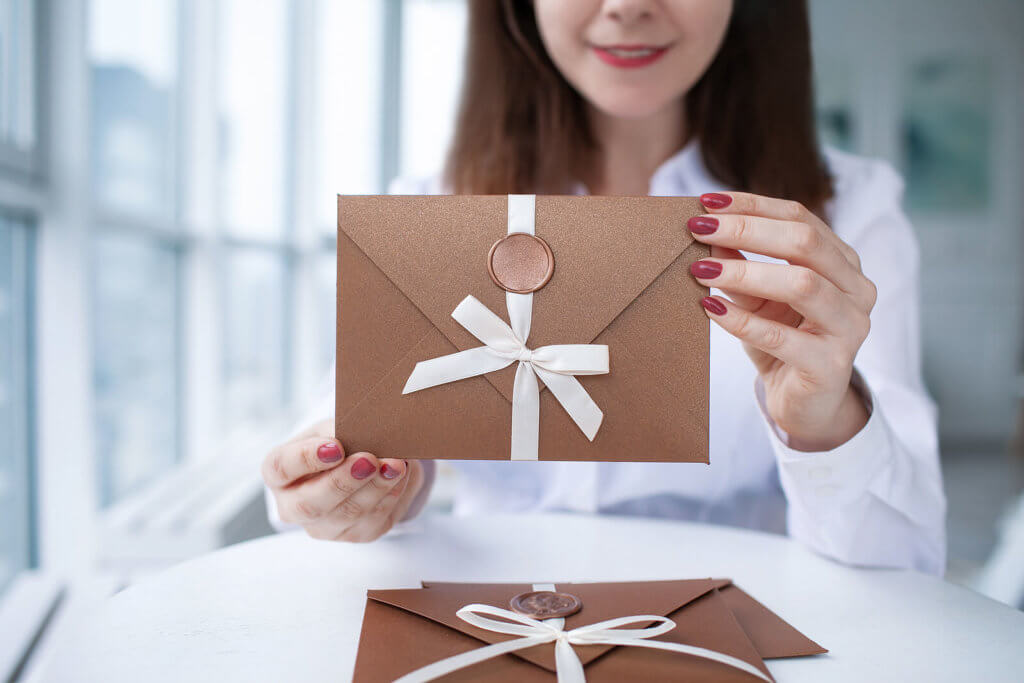 Nothing finishes a letter or envelope off quite like a wax seal — they are attractive to look at and show the recipient that you put time and thought into your letter.

In this article, we’ll take a quick look at the history of the wax seal and then explain how to create one for yourself.

The history of the wax seal on paper

Originally used as an equivalent to a handwritten signature on official documents, the wax seal used to identify an individual via a coat of arms or emblem; lesser documents were also stamped in this way.

In time, wax seals began to be used to seal envelopes to prove they hadn’t been tampered with en route to the recipient; at a later time, they were used to seal letters sent without envelopes — as this made postage cheaper.

The invention of pre-gummed envelopes and changes in the postal system led to a steady decline of wax seal use in the 20th century; however, they are now perceived as special and are therefore popular for wedding invites and similar.

How to make a wax seal

Whether you’re sending out invites or sending a letter to a loved one, creating your own wax seal not only looks great but is highly enjoyable to do.

Sealing wax comes in several forms — a stick, with or without a wick, or wax beads; however, the method is almost the same for all of them. 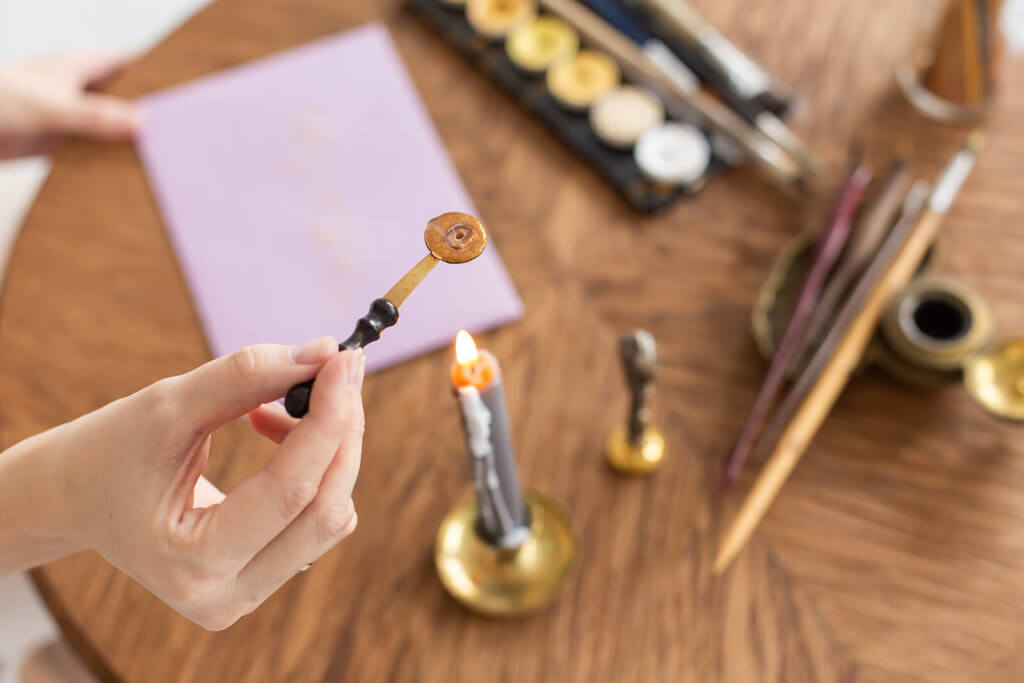 You need to melt your wax onto your paper or envelope. Be careful while doing this.

With a wicked wax stick, you light it like a candle and angle it towards the paper, so the wax drips down into a puddle.

If you’re using a wax stick with no wick, you need to hold a flame to the end you want to melt.

When using wax beads, you’ll need to heat them in a purpose-bought container or a metal spoon until they are fully melted. You then carefully pour the wax onto your project.

If the envelope isn’t pre-sealed via gum, you can drip a little wax under the sealing flap before then going on to drip wax on top.

Keep in mind that you are aiming to drip enough wax to fit the size of your seal.

Once you have enough wax, blow the wick out (if relevant) and use the opposite end of the wax stick or the spoon to gently ‘stir’ the melted wax; eliminating bubbles, levelling it off, and creating a better circle.

If you used a wax stick with a wick, then you might need to ‘hide’ a little bit of soot when stirring, too. You can trim the wick after every use to reduce soot issues.

Lightly moisten your stamp, so it doesn’t stick to the wax. You can do this any way you want and can use saliva, water or oil.

Remember to make sure your stamp is the right way up before you use it! 10-15 seconds after stirring your wax, press your stamp firmly into the wax.

Hold it in place for 10 seconds and then remove the stamp from the wax.

If you’re creating lots of wax seals at once, then the metal stamp can heat up which can lead to it sticking to the wax. Press it onto an ice cube between uses; this will cool it down and add some moisture. 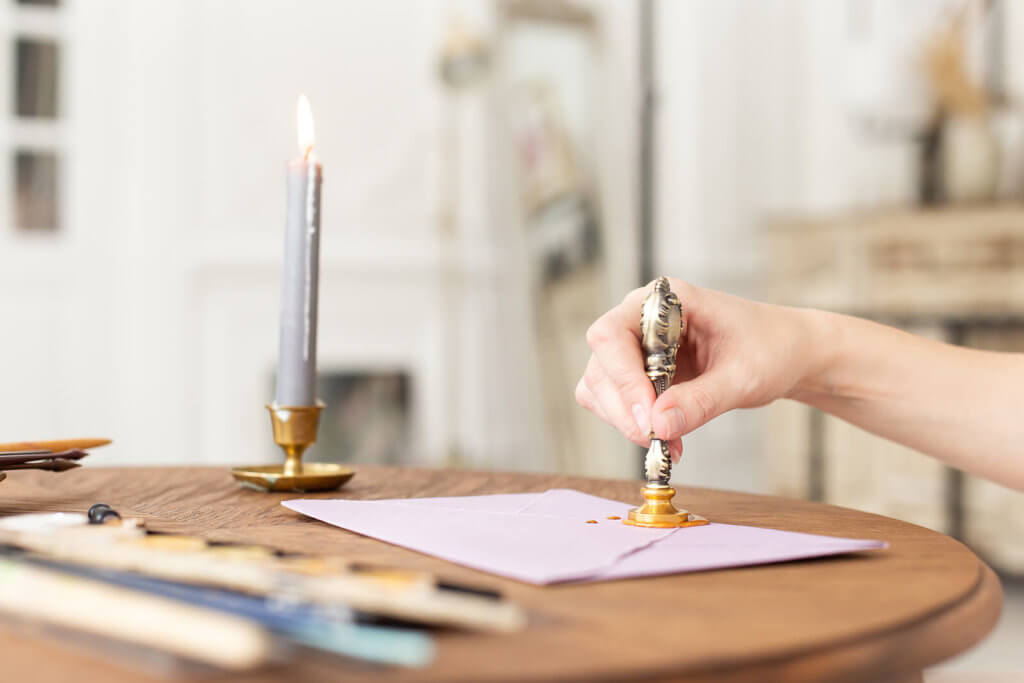 Admire your beautiful work! You might not get it right on your first attempt, so make sure you practise before sealing something you want to give to a loved one.

Do you have any questions? Let us know in the comments!

Could you write a love letter to a stranger?
In October 2010, an American woman called Hannah Brencher started…

What is Mail Tag?
If you’re new to snail mail, you may have come…

12 Amazing Ballpoint Pen Artists
There are many excellent ballpoint pen artists out there, but…
Categories
Visit our shop
Archives