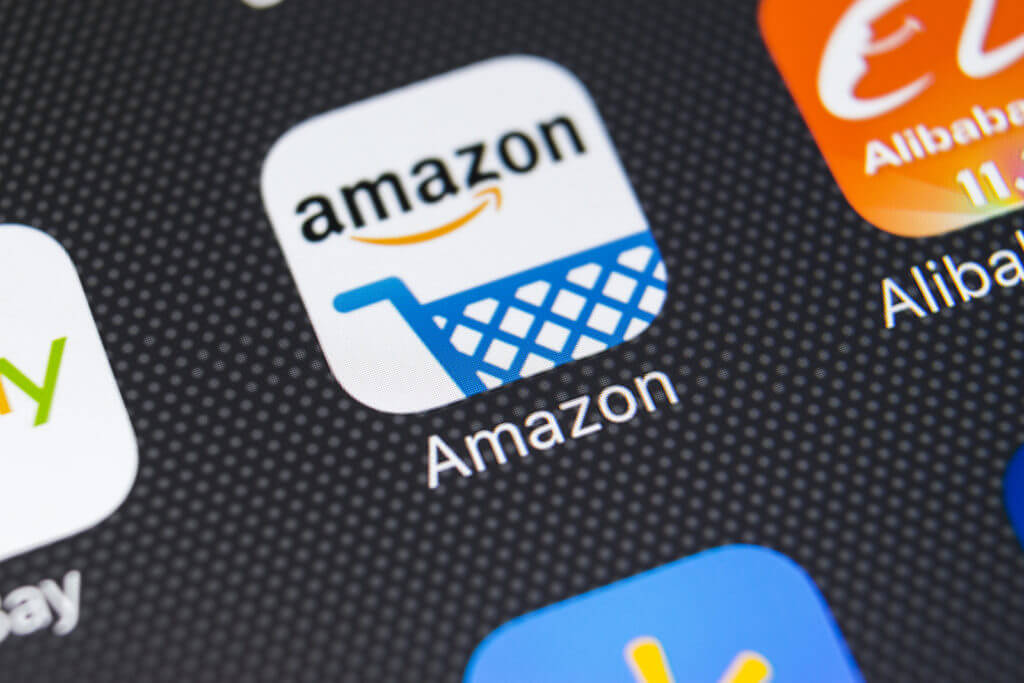 The relentless rise of Amazon has undoubtedly changed the nature of retailing, both in the high street and online. As a partner in a small family business with both an online and high street presence, you would expect me to at least have reservations about the “Amazon effect”, if not to be downright hostile to their market power – and I am.

Amazon has brought retail prices down to the benefit of their millions of customers. I have been known to buy from Amazon, and hate I myself for it, but what can you do?

I was recently looking for a mandolin (food slicer not musical instrument). The cost in our local cook shop was around £49, the same thing from Amazon was around £25 with free delivery. Their huge buying power has enabled them to achieve much lower shipping costs than those available to smaller businesses and they are currently offering free delivery on everything in the UK.

Amazon work on very thin margins and this is reflected in their bottom line. Although they return a hefty profit, it is a tiny percentage of their vast turnover. Paying little UK tax, while taking full advantage of the entire infrastructure provided by the state obviously helps too.

Well, they have huge power and it’s getting bigger by the day. Even Google have a problem with them. Shoppers are using Google to search Amazon for a product, rather than search the internet. This means that these people don’t click on the AdWords and Google is losing revenue.

Amazon Market Place enables retailers to sell through Amazon, but at a price, generally around 15 – 20 % of gross i.e. including VAT. However, as well as the hefty fee, Amazon gains something potentially more valuable: market data. They can readily spot popular lines and then add them to their own inventory.

Within our own field of pens, Amazon approached a well-known German manufacturer who agreed to supply them products, but only as long as they were only available on Amazon UK and they were to limit the discounts offered. They were told that the Amazon system would automatically match the lowest prices but over time, this should result in a rising or stable price. Perhaps a little difficult to believe, but they went along with it nonetheless.

However, before the agreement came into force, Amazon were offering new models, not yet available, to pre-order at discounts of 35%. This wasn’t a price-match, as the pens were not available anywhere else, this was Amazon’s discounting policy.

By the time the agreement came into force, Amazon were already offering product on Amazon.de, competing directly with the home country retailers, by far the largest part of this manufacturer’s market and something that Amazon had specifically agreed not to do. The
pen manufacturer involved immediately cancelled the contract and halted supply.

When confronted, the man from Amazon who negotiated the deal said that although he had agreed not to sell in Germany, his boss had not. Quite simply, Amazon were not bothered as they would get the product anyway.

Once the Amazon behemoth has squashed the independent retailers, where will that leave both retail customers and suppliers? We have already seen their brazen attitude towards the Public Accounts Committee; they are quite happy to take as much as possible from society while making the least possible contribution.

They argue that they employ lots of people who pay National Insurance and Income Tax, but carefully forget to mention all of the employees of other businesses who have lost their jobs due to Amazon’s relentless drive to secure markets at any price. Many of the retail premises that now stand empty (once traditionally a safe and secure investment), are owned by pension funds. Is Amazon contributing to pension fund shortfalls?
What of the future?

Demand for retail goods isn’t going to be spectacular in the foreseeable future. Manufacturers will have to cut their margins to what Amazon is prepared to accept as they may well be the only viable outlet and retail customers accept the choice of what Amazon decides to offer. If you want to try something before you buy, you may well be out of luck as your high street will be one long drag of coffee shops, hairdressers and nail bars.

We were getting regular phone calls from Amazon who wanted us to sell through their Market Place. Eventually, when they offered us a ‘special deal’ of only 15% gross plus our logo on the entries, we agreed to give it a try, provided that we could integrate the Amazon sales into our own stock management system. We were assured that there was plenty of technical support available and that this would not be a problem. We went ahead just to see what would happen.

The first thing that happened was that there was no technical support. Anyone we could talk to at Amazon didn’t know what we were talking about or where we could go for help, so integration never happened; all stock management had to be done manually, a bit of a retrograde step in this day and age.

Fortunately (or not), we weren’t getting lots of Amazon orders. The thing that really put us off was that we lost touch with our customers. When there was a problem, and we only had one, the customer contacted Amazon rather than us to say that he had received a rollerball, rather than the fountain pen version.

All of our stock levels were correct, so this was unlikely unless the manufacturer had put the wrong pen in the box and that had never happened before. However it could easily have been put right. Amazon immediately refunded him and he received the pen for free.  We never had the opportunity to contact our customer and correct the matter.

Loss of contact, loss of control of our business, poor margins and having to manually intervene in our fully automated stock management system combined to make Amazon a lost cause for us. When we contacted them to cancel our contract they seemed very perplexed: why would anyone do that? Are you mad?

That was a couple of years ago and we have no plans to go back to Amazon.

When I look at merchants using Amazon and the prices they are offering, often competing with Amazon Direct prices, I wonder if they ever do the sums.

Are they really making money out of it?

Pen Helps Handwriting of Parkinson’s Patients
About Parkinson’s Disease Parkinson’s disease is unfortunately fairly common; 1…
There are 7 comments for this article