I recently participated in my first ever online gift exchange and as the theme was ‘Pens & Stationery’ I decided to share my experience with you, fellow stationery lovers, here on our blog!

I have known about Reddit’s Gift Exchange for some time, and been rather curious. However, when I saw that one of the current exchange themes was on my favourite things, I decided that now was the time.

I chose an international exchange, and on the matching day I was provided with details of a female stationery lover in Sao Paulo, Brazil. My incoming match will also be international, but I won’t know where my parcel is coming from until it arrives. It was posted to me on 20th February, so it is (hopefully!) currently in transit to the UK.

The recommended amount to spend on your exchange is approximately $20 (which is currently about £13).

When you sign up for an exchange, you are able to provide information for your match, to help them understand your likes and dislikes. My match said she likes notebooks she can carry with her at all times, Moleskines, pretty & cute stationery, Stabilo pens and post-it notes. I noticed from her profile that she also loves Harry Potter, and she said she is waiting for her Hogwarts invite letter. Based on all this info, I eventually plumped for sending her the below: 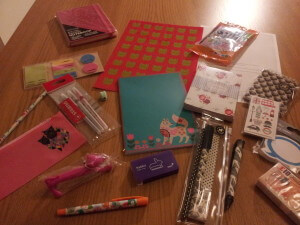 Items I sent to my match: 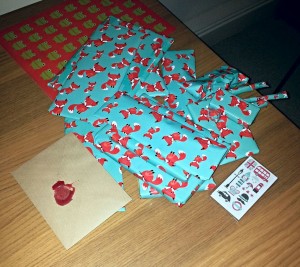 Wrapped up and ready to go!

I thought I would find this exchange quite difficult, as I was on such a tight budget, but I think it went ok and I’m hoping the recipient likes what I chose.

The Gift I Received

I wanted to share the gift I received, to complete my exchange story. Here are 2 photos of the items that arrived in the post from my RedditGifts match: 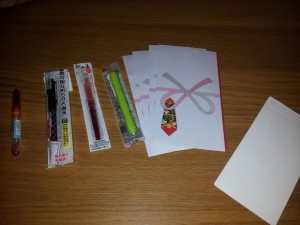 My Santa’s Gift To Me 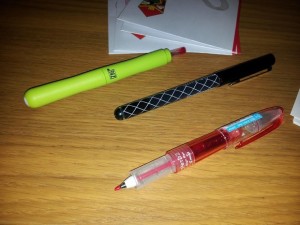 The 3 Pens I Received

Have you ever participated in a gift exchange? Let me know in the comments below!