With Father’s Day 2014 now less than one month away, perhaps it is time to start thinking about just what you want to get your Old Man this year.

Here are four things that might just take his fancy:

Of course, June isn’t just for Father’s Day, it is also the start of the 2014 World Cup, which is just as important.

If your Dad isn’t shouting for any other team out of spite, you may wish to grace his shoulders with the new Nike England top. Available from Millet Sports for just £53.99, you may give your Dad something else to celebrate this June.

Bear in mind however, that the closer to the World Cup we get, the more chance you have of the prices going down, especially in stores such as Sports Direct.

Good-bye to All That

Having just been republished to mark the 100th anniversary of the start of World War One, Robert Graves’ autobiography, Good-Bye to All That, represents of the finest memoirs of the conflict.

Beautiful, shocking and ultimately relevant, there could probably be no finer book to offer your Dad this year.

If you want to know more, The Guardian has published a marvellous review of it right here.

With Game of Thrones currently raging on our screens at least once a week, one of the best television series to come out this year has finally been released onto DVD and Bu Ray.

Starring Woody Harrelson and Matthew McConaughey, True Detective is as gritty, thought provoking and as layered as The Wire, and has been lauded by critics since it began screening in mid January.

If you’re a fan yourself, you may like to know that the second season is due to hit our screens in early 2015. 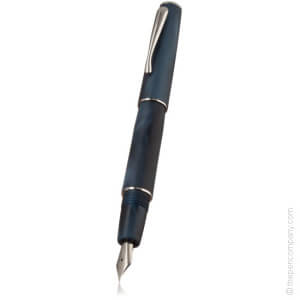 If you want to give your Dad something really special this Father’s Day, then the gift of a fountain pen is always deemed to be something significant.

With this very fact in mind, our Delta Italiana Fountain Pen is a writing instrument that simply radiates elegance and eloquence, and is one of the finest within our store for under £100.

As the instrument takes ink from an inkwell using the converter that is supplied with the pen, you may also want to check out our range of inks found within the ‘pen refills and ink’ section of the store.

7 Fun Facts About Valentine’s Day
Valentine’s Day is now the second biggest card-giving celebration in…
Alternative Father’s Day Gifts
Although in one of our last blogs, we explored some…