I’ve never been a huge fan of big brands like Parker, waterman or Sheaffer. Why? I don’t know, but it always kept me back from really trying them out. However, once I opened the box I received from the Pen Company, I knew that I’d have to revisit my rather preconceived opinion about Sheaffer pens! 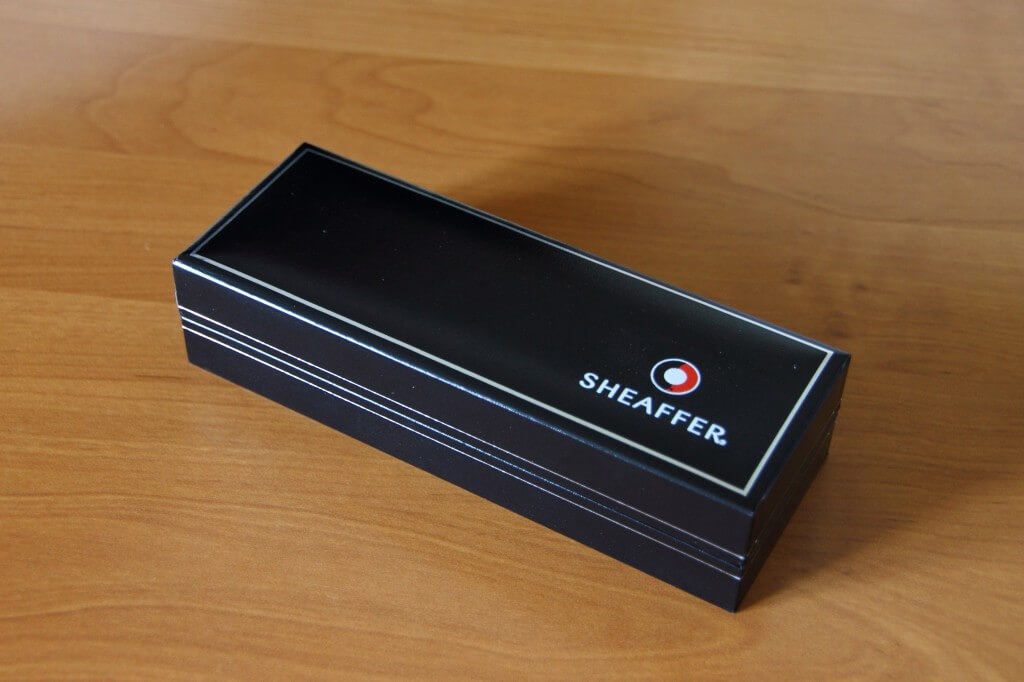 The Sheaffer Intensity is a very good looking pen. It’s solid, completely made out of metal (brass perhaps), finished off with chrome plating on the cap and a carbon fiber layer on the barrel. The cap has a straight, cylindrical shape, while the barrel is slightly tapered towards the end. 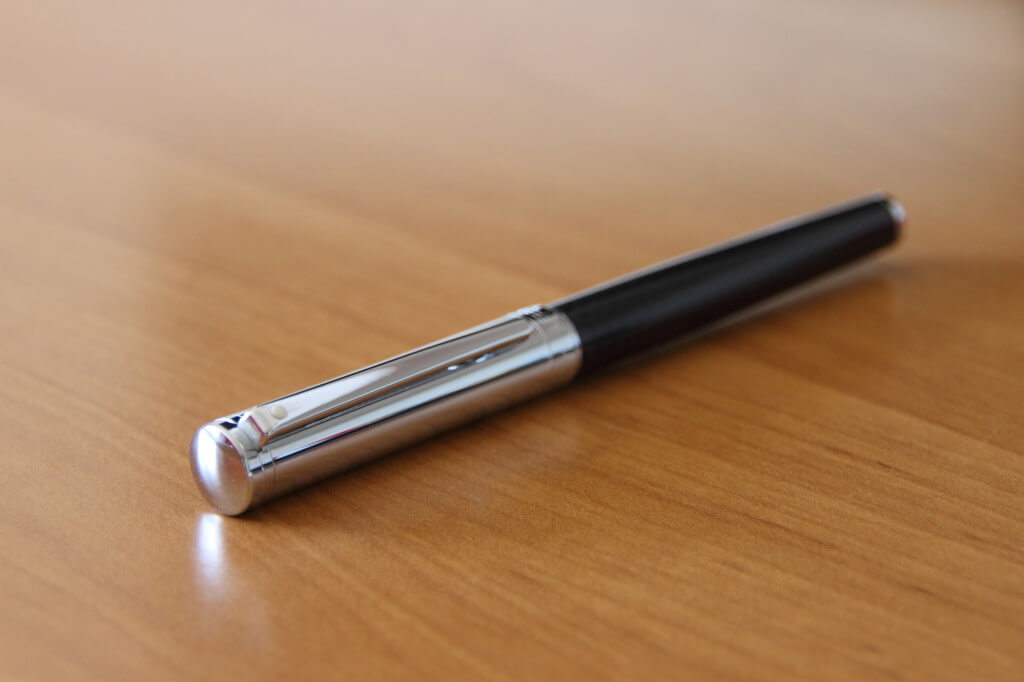 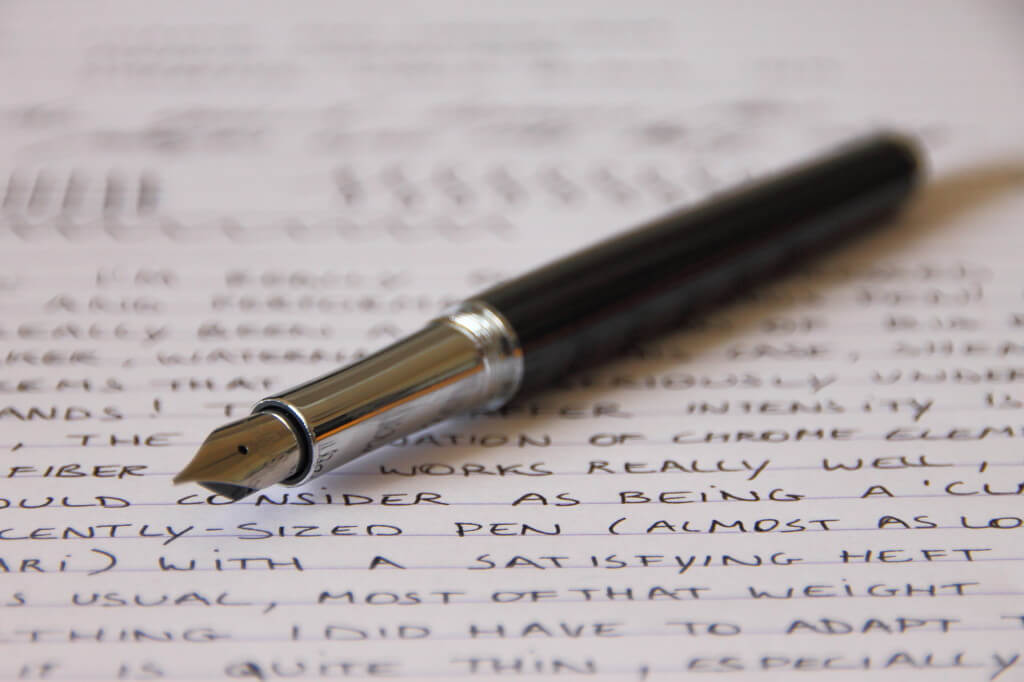 It’s fairly thin, which –together with the stylish combination of chrome and carbon fiber- makes it a very sleek, appealing and elegant pen, definitely an eyecatcher! It’s probably quite self-explanatory that this pen is not really meant for people who can’t stand fingerprints, as it’s pretty much all chrome! 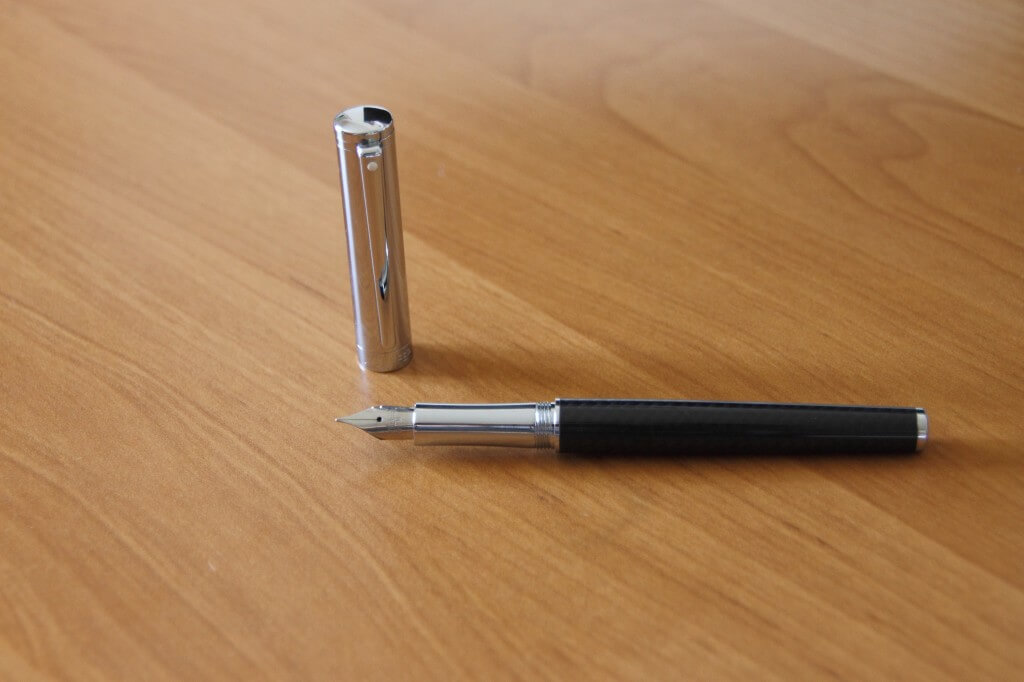 One can’t say that it is a sober pen, though when you look closely, you’ll notice that it manages to be quite subtle on the details. The center band, for example, you won’t notice it at first, because it is completely flush with the rest of the cap. The engraving on the center band was kept very minimal as well, it just says sheaffer. The only branding besides the engraving is the traditional white dot on the clip, and the sheaffer name stamped on the nib.

It’s a decently sized pen (Almost as long as the ever so popular Lamy Safari) with a satisfying weight (40 grams!) Though as usual, most of that weight lies within the cap, so posting does throw off the balance quite a bit. The grip section is very pleasant to hold because of its slight concave shape. The section can be quite slippery because of the chrome plating. 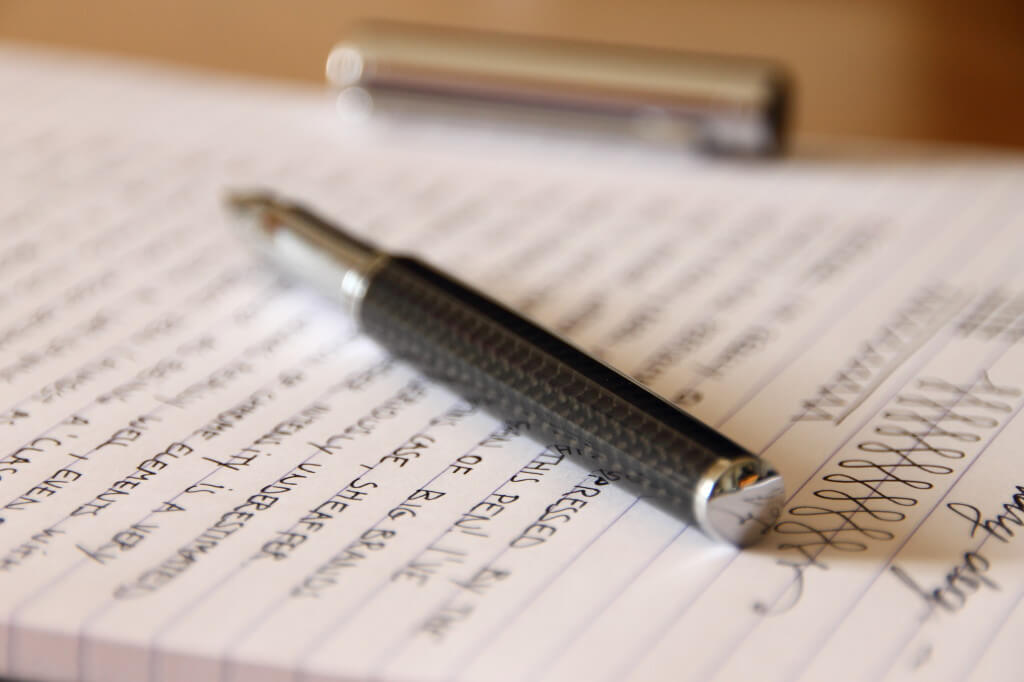 There is a step from barrel to section, which can be noticeable at times, but because the grip section is long enough, I didn’t feel the need to hold it higher, so I didn’t encounter any inconvenience holding the pen.

The Medium steel nib performed surprisingly good. It’s smooth, but with a noticeable amount of feedback (I personally like feedback from a nib, for those who don’t: it’s not a buttery smooth nib, but it’s definitely not scratchy!). The flow is very consistent, not extremely wet, but not dry either. It starts to write as soon as It touches the paper, and skipping hasn’t occurred so far. The medium nib writes like a medium should do, though for some reason it feels a tad bit finer than most European nibs. Designwise, it’s a strangely shaped, small (approximately #5) nib. It might not be the most beautiful nib, but the beauty lies in its simplicity you could say. 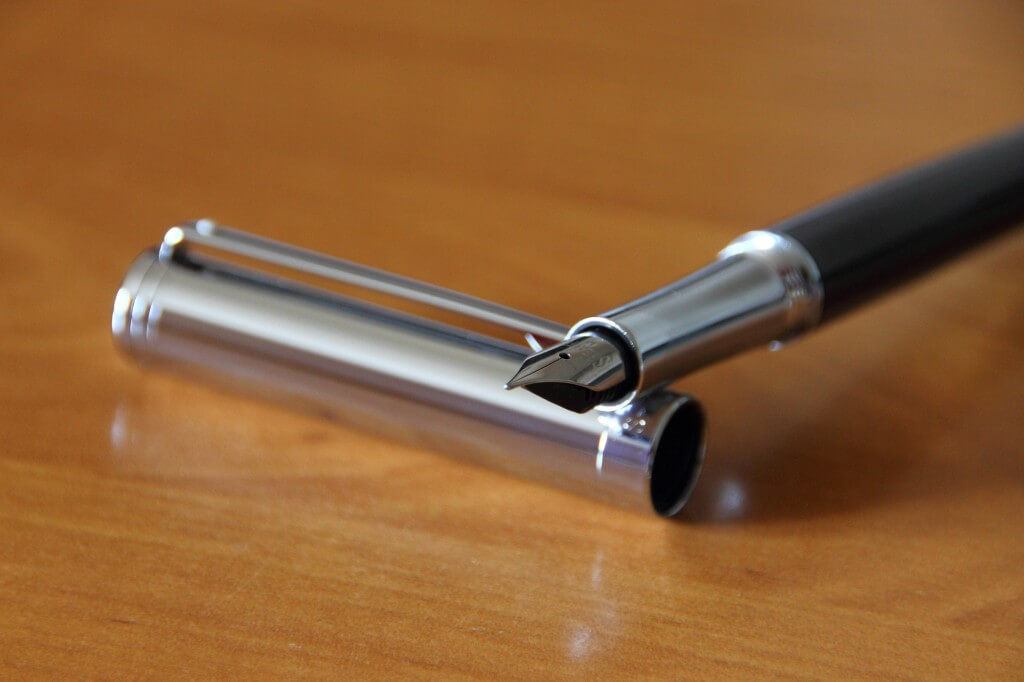 I’m really impressed by the quality and performance of this Sheaffer Intensity carbon. It definitely helped me to get rid of my opinion about big brands, I might even have to get some more Parkers, Watermans and Sheaffers for my collection! The price is also very attractive, as you can get one for as little as £47.95 (60 Euros/ 80 USD). Be sure to check it out here, at the Pen Company: https://www.thepencompany.com/product/sheaffer-intensity-carbon-fibre-fountain-pen/6861/ 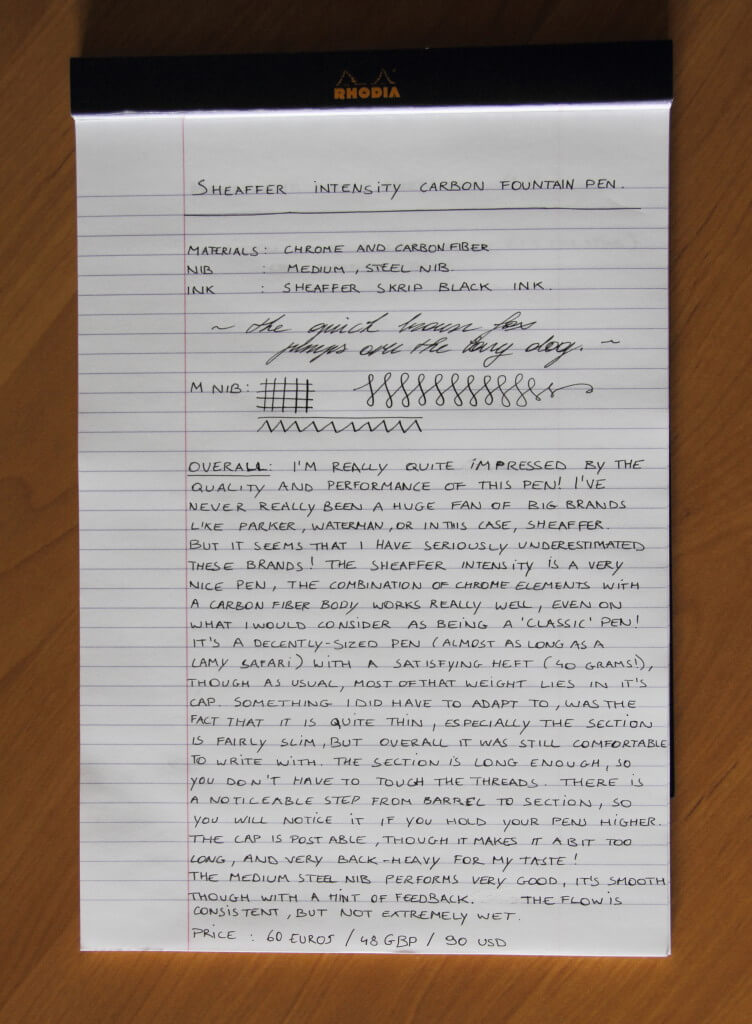