As you might or might not know: I prefer pencils and fountain pens to ballpoint and similar pens. This means I try to avoid using ballpoint pens if I can. Recently I had a good reason to use one, though. I’ll spare you the details why, but suffice to say that I first tried to avoid using a ballpoint pen.

Instead, I first tried to use my seven year old Faber-Castell Grip 2011 Gel pen. Well, it was worth a try, but it didn’t work. The refill cartridge was either dried out or used up. I assume it was used up, because I tried to squeeze any leftover gel out, as you might see from the dented cartridge in the photo, but I was unsuccessful. 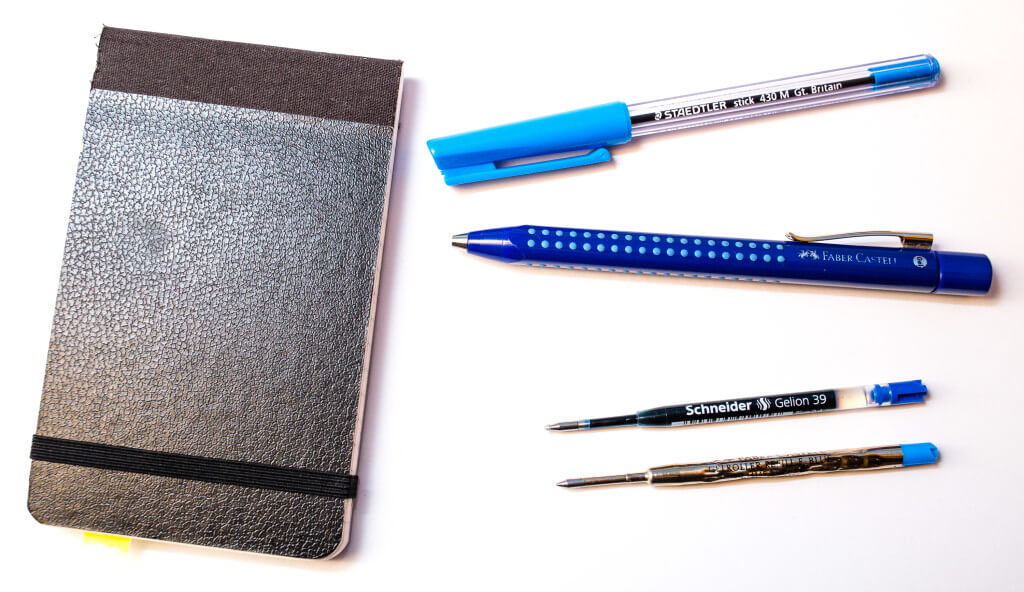 As the Gelroller didn’t work I tried Staedtler’s Welsh-made stick 430 M (also discontinued – at least the Welsh version was) which I stored in the same pencil case as the Grip 2011. After many years of neglect it started writing immediately and left a clear line without any skipping. What a tough worker the Staedtler stick is! I was positively impressed.

I remember that I loved the line I got from the Grip 2011’s original cartridge, a Faber-Castell Gelroller Refill Blue (24 97 51), but unfortunately Faber-Castell stopped making these refills. I was searching for alternatives for quite a while, but all I could find was either very expensive, from the more luxurious brands, or erasable (using an ‘ink killer’). The erasable version was even from Faber-Castell, but I wasn’t keen on erasable ink for this pen. 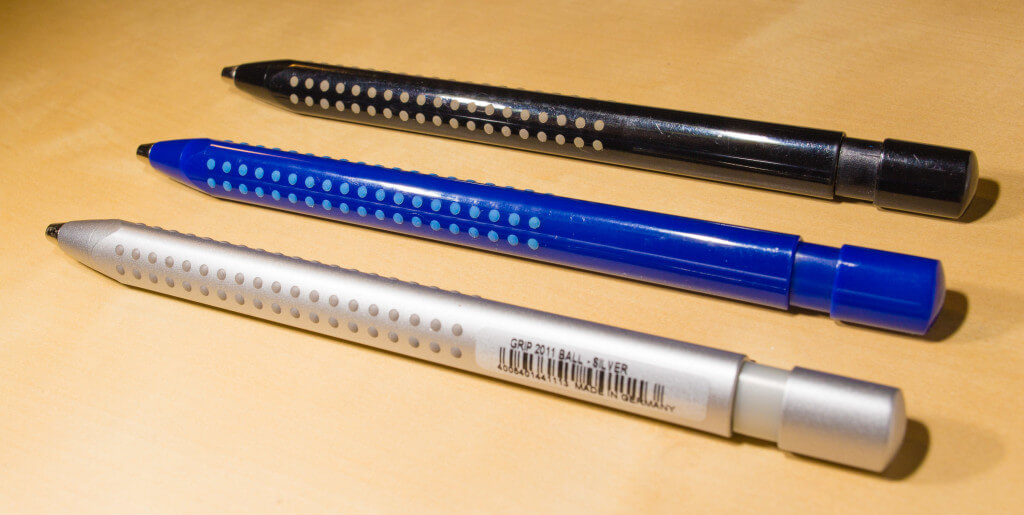 My impressions, based on the memory I have of the original Faber-Castell refill, are quite similar to The Pen Addict’s (assuming that Schneider’s Gelion pen uses the Gelion 39 refill). I didn’t see his review until after I tried my refill, so I wasn’t influenced by his thoughts. However, in a nutshell: I think it’s a great refill, but on the type of paper I have tried so far the refill’s ink will get (slightly) soaked into the paper, so the border of the lines you write are not as clear as the one Faber-Castell’s discontinued refill produced. I love clear, sharp lines, but everyone is different – you might not mind.

Overall, this is a very reasonably priced refill that provides great value for money. Once it’s used up, which might take years, I might be looking for a refill with crisper line borders, though.

Why you should try a fountain pen
The first Friday of every November is Fountain Pen Day,…

What Is Pen Ink Made From?
As pen lovers, we use ink every day, and lots…