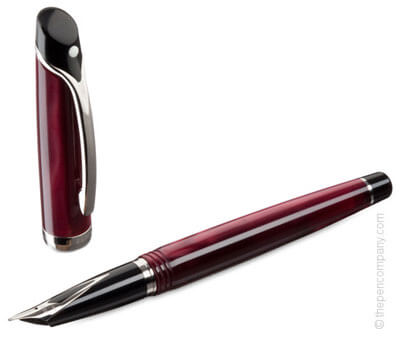 This month The Sheaffer Pen Company celebrated its centenary, the American pen brand has become one of the most well know across the world – a name synonymous with pens and in particular the fountain pen.

It all started in 1907 when jeweller Walter. A Sheaffer invented and improved the leaver filling system for filling fountain pens in a work room at the back of his shop.

He successfully patented his design and parting with his jewellery store he ventured out to make pens as a full time enterprise founding The Sheaffer Pen Company in 1913 in Fort Madison, Iowa, USA.

Sheaffer invested his life’s savings in the business which continued to grow steadily being listed on the New York stock exchange in 1928 and, in the 1950s The Sheaffer Pen Company relocated to the purpose built plant that still stands today in Fort Madison

The Legacy – a re-introduction to the range from the 1950s

Sheaffer continued to innovate and improve the design of the fountain pen and associated products.

Sheaffer’s Skrip fountain pen ink was introduced in 1922 and is still made and sold today.

In 1924 the ‘White Dot’ was first used to indicate a product of quality – legend has it that initially Walter himself added this to all writing instruments after they had passed his own quality controls. The ‘white dot’ is still present on all of Sheaffer’s pens produced today.

In 1945 A Sheaffer pen was used to sign the papers that bought The United Nations into existence.

In 1949 the ‘Touchdown’ filling mechanism was introduced a novel (at the time) vacuum filling system.

In 1959 the first inlaid nibs were introduced, something that was to become another trade make of the manufacturer.

In 1952 one of the most celebrated innovations was launched – the ‘Snorkel’ filling system, this ingenious filling system extends a ‘hollow needle’ from under the nib through which ink is drawn from an ink bottle, the needle is then retracted allowing the user to continue writing with no need to blot the nib of excess ink and reducing the possibility of getting inky fingers. Needless to say these ‘snorkel’ pens have become extremely collectable and are very sought after by collectors.

Sheaffer continues to innovate as well as draw from its past, re-introducing classic lines from its catalogue, such as the Legacy collection, but, also moving forward with more contemporary collections in partnership with Ferrari and recently introducing the Taranis collection designed  by Architect Charles Debbas.

Sheaffer was acquired by BIC in 2008 and closed the Fort Madison plant as a manufacturing base, however, keeping Fort Madison as a service base for the USA, before opening the Sheaffer Pen Museum in Fort Madison last year, a substantial 2800 square foot museum housing a collection of hundreds of pens as well as memorabilia from the history of the company and exhibits documenting its past. 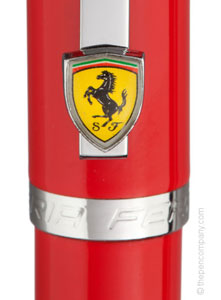 Detail from a Sheaffer for Ferrari pen

Sheaffer continues to have kudos and draw as a brand, its vintage models are highly collectable and with investment from its new owners it feels like a company that might just make the double century – despite the rise of the digital age!

It seems fitting that in the month Sheaffer celebrates its centenary here at The Pen Company we have substantially increased our offering of Sheaffer pens, inks and refills. To view the Sheaffer collection click here.