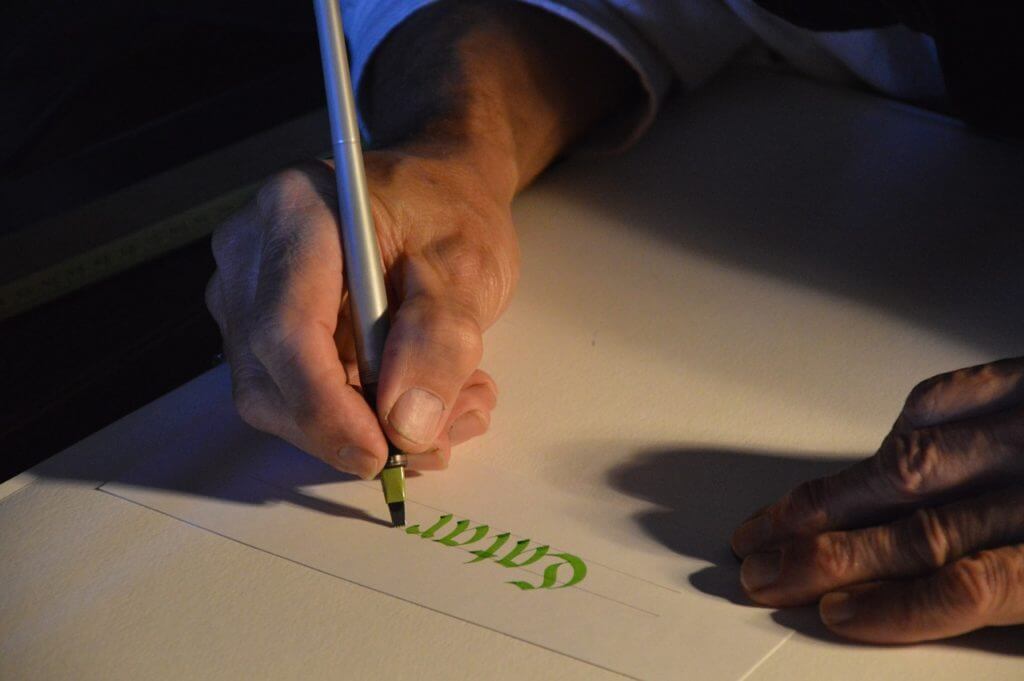 Did you know that the word ‘calligraphy’ literally means beautiful writing?

When it comes down to it, that’s exactly what it is, with its eloquent swirls, dancing curves and fine lines, calligraphy really is an art of writing.

But why use it today?

Although of course, the chance to actually use the style will only come very rarely, having such a skill at your disposal is a mighty fine advantage.

After all, if you have children, or ever find yourself having to write an official letter, there’s no worse impression than being presented with a letter that contains underdeveloped handwriting.

And although you won’t exactly be using calligraphy in the strictest sense, practising the art will help mature your overall writing ability. Despite images of the middle ages and beyond, calligraphy is still relevant to a digital age, where just a little hand written ink is more sought than those who can craft words on a keyboard.

How do I start?

Here at the Pen Company, we have a range of calligraphy pens to suit all budgets, depending on if you are spending big, or just want to test the waters.

To accompany your pen, you will be able to find a wide range of resources and materials in online stores that can help you through the first steps of the art.

Otherwise, here is a fantastic guide to starting calligraphy from an online source.

So where does it originate?

Before the printing press was invented in 1450 (at least in the West), every single book published would have to be painstakingly written out by hand. The person who did this would be known as a scribe.

Like many styles, calligraphy has changed throughout the ages, from the hardened stance of the middle ages, to the sheer eloquence of the Renaissance and to the blocked darkness of the gothic 19th century.

Though for some time, calligraphy was a dying art, during the 20th century it was revolutionised by none other than the great Edward Johnston, who introduced the Foundation Hand.

Actually yes, in fact, a kosher Torah scroll will still be written by hand by a sofer (which also means scribe), and must adhere to the strictest of guidelines.

Otherwise, weddings, ceremonies and official events will regularly hire a calligrapher to write invitations, menus and other necessary materials.

If you want to know what an official calligrapher looks like, or how much they are to hire, take a look here.

How To Introduce Your Child To Calligraphy
Children simply love to create! Whether they’re drawing, painting, sculpting…

Why handwriting is important — even for adults
Today in 2013, we are often surrounded by technology; keypads,…
Categories
Visit our shop
Archives