What is an eraser?

You’ll no doubt have used an eraser at some point, whether at school, in work, or for any art you might have made.

Erasers are a useful stationary tool used to remove pencil marks from paper. They usually have a rubbery texture, sometimes with a grainy outer layer, and come in a range of sizes, shapes, and colours.

If you’re ever writing or drawing with a pencil and make a mistake, erasers are very useful for putting things right. It’s especially useful if your pencil already comes topped with an eraser, as you won’t have to scramble through your pencil case to find one.

Who invented the eraser? 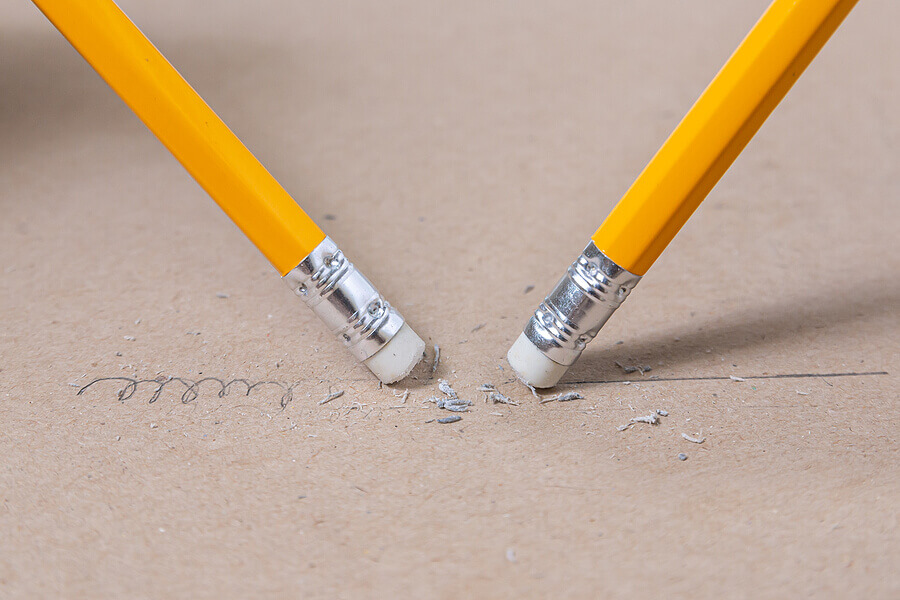 The eraser as we know it today has come from humble beginnings. In fact, before the 1770s when graphite sticks were the main writing tool, it was common to use bread to erase mistakes. A cheap yet effective alternative, bread would be rolled up and moistened, making it easy to erase markings.

Interestingly, the properties of an eraser were actually discovered by John Priestley, a philosopher and theologist, who also discovered the existence of oxygen and carbonated liquid. Without knowing what it was, Priestley discovered rubber, which he described as “a substance excellently adapted to the purpose of wiping from paper the mark of black lead pencil” and named India gum.

However, the modern-day eraser wasn’t actually marketed across Europe until British engineer Edward Nairne famously grabbed pieces of rubber to erase pencil marking instead of the once commonly used pieces of bread. From there, the rest is history.

What are erasers made of?

The base material of an eraser is rubber, which can either be synthetic or natural synthetic rubber can be found in a range of materials, and can even be derived from chemicals like butadiene and styrene. Natural rubber, however, is formed from the latex produced from rubber trees.

If a rubber is white, then it has likely been produced with oxide and titanium oxide, which alter the pigmentation of the eraser. Erasers that have a distinct color are usually mixed with organic dyes, but red erasers are usually made with iron oxide.

How to clean an eraser

When used regularly to erase mistakes made with a pencil, erasers can get dirty. This is because the friction of rubbing an eraser across the page heats the material and makes it sticky, allowing it to easily pick the graphite markings up from the page.

If your eraser gets especially dirty, it might not erase future mistakes as easily. Here are a few tips for cleaning your eraser so you don’t simply pass marks on to future pages:

How to clean a kneaded eraser

Kneaded erasers are more malleable than other common erasers, and can be moulded into specific shapes so the user can erase markings more precisely.

While kneaded erasers work just as regular erasers do, they are softer and more pliable, which means they require a more gentle clean.

Instead of using sandpaper or rubbing across a page, the best way to clean a kneaded eraser is to physically re-knead it into a new shape. You would knead it just like you would dough, reshaping it into a fresh new erasing tool. This trick will work for a while, but it means the eraser will eventually need to be replaced. However, this isn’t a problem, as other erasers also need to be replaced once they are worn down.

How to make an eraser 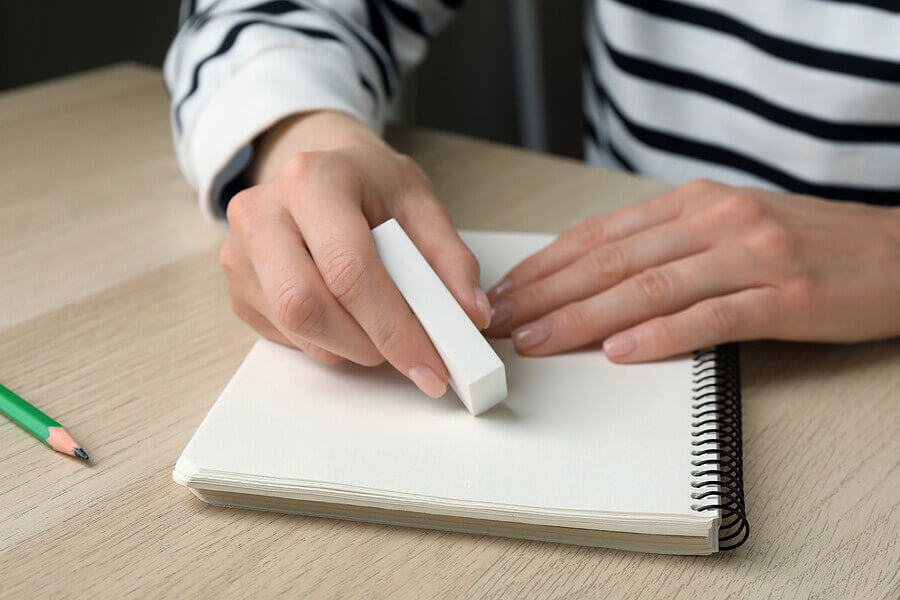 Making your own eraser can be a fun and creative way to bulk out your stationery kit.

The first thing you’ll need is eraser clay, which you can buy in most craft stores. It’s a specially formed molding material that is available in a variety of colors, so you can tailor your stationery color scheme.

Take small chunks of the clay in your hand, warming them up by squeezing them. After a few minutes, the clay should be warm enough for you to roll and cut the chunks into your desired shape.

Avoid rolling the chunks into thin pieces, as they may be too delicate for erasing pencil marking. Instead, aim to form the clay into thick, sturdy shapes that will be able to withstand vigorous rubbing.

If you’re hoping to be a little more inventive, try twisting and shaping multiple clay colors together. They’ll hold firmly as one eraser and allow you to make creative designs.

Expand your stationary kit when you discover a wide range of quality pencils and erasers from The Pen Company.

A guide to pencil lead grades
Graphite originally became popular in England in 1564, and as…

Five ways to sharpen a pencil
You might be reading this and thinking, ‘surely there’s only…