Cross was the first manufacturer of quality writing instruments in America and is still creating quality pens and pencils to this day — continuing the timeless designs that its customers know and love while working on new innovative designs, too.

The history of the A. T. Cross Company

Founded in 1846 in Providence, Rhode Island, by Richard Cross, the A. T. Cross Company was later passed into the hands of Richard’s son, Alonzo T. Cross. Alonzo received his first US patent for the company in 1876.

The family came from five generations of jewellers, and so the company set out making embellished silver and gold casings for wooden pencils at first, before branching out into full pencil and pen craftsmanship. With the jewellery background, the Cross craftsmanship has always been excellent.

In 1916, Alonzo T. Cross sold the company to his top salesman, Walter Boss. Some of Boss’s descendants remain key figures in the company today.

On the advent of WW1, Cross, like many manufacturers of the time, became involved in making parts for the Army Signal Corps. Following the war, the demand for writing instruments rose, and Boss’s sons and then grandsons became deeply involved in the running of the company.

Now a major international fine writing instrument manufacturer, these mid-range pens are popular the world over for their classic styling, quality and ingenuity. 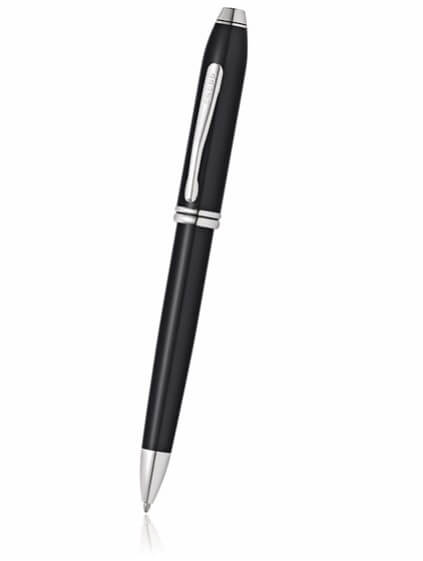 A. T. Cross Company is the official supplier of pens to the White House and has been since the 1970s, if not before. Every president from Ronald Reagan to Donald Trump has signed legislation with a Cross pen.

So, which Cross pen did each president prefer? Bill Clinton, George W. Bush and Barack Obama all favoured the Cross Townsend. At a later point in his presidency, Obama switched to a Cross Century II rollerball in black, with a black medium point refill. When the Trump administration placed its initial order with the company, it too chose the Century II model. The order was for 150 pens. 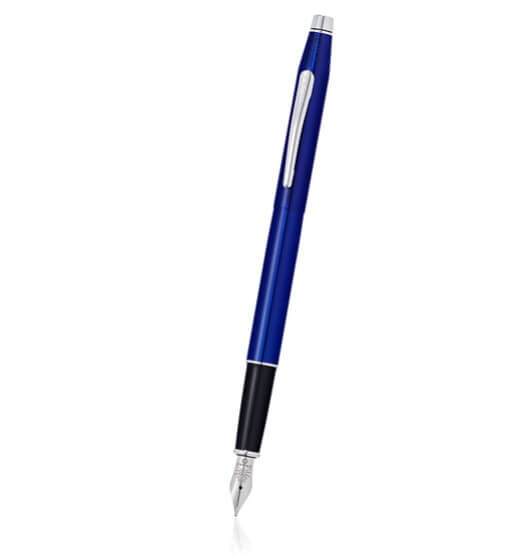 The Cross Century pen is timeless

In a time when people were still using a quill or dip pens, A. T Cross Company created the very first ‘stylographic’ pen, which was technologically the precursor to the ballpoint pen we all know and love today. It was sometimes referred to as an ‘ink pencil’ and could not be categorised as a fountain pen because it lacked a nib, despite having other similarities.

In the 1930s, the company manufactured its first fountain pens. It didn’t add a ballpoint pen to its line until 1953, however — waiting until they had perfected the design and manufacturing process, unlike other companies of the time, many of whom released poor quality ballpoint pens in the 1940s.

The Century was the first ballpoint pen released by Cross, and this line is still available today and includes many models.

In 1997, 13 years before the release of the Apple iPad, Cross partnered with IBM and brought out the Cross Pad, which converted handwriting to text. This went on to become a popular product, especially for notetaking in meetings, but was discontinued in 2004 when laptops became more popular for business situations.

Nowadays, Cross continues to embrace the digital age and has brought out a range of hybrid styluses alongside the classic Cross ranges that have been popular for decades.

What’s next for Cross? We’ll see, but I’m sure we’ll love it!

Want to learn about other pen manufacturers? Explore our ‘Meet the brand’ series, here.

Meet the brand: Kaweco
Kaweco dates back to Heidelberg in 1883 when it was…