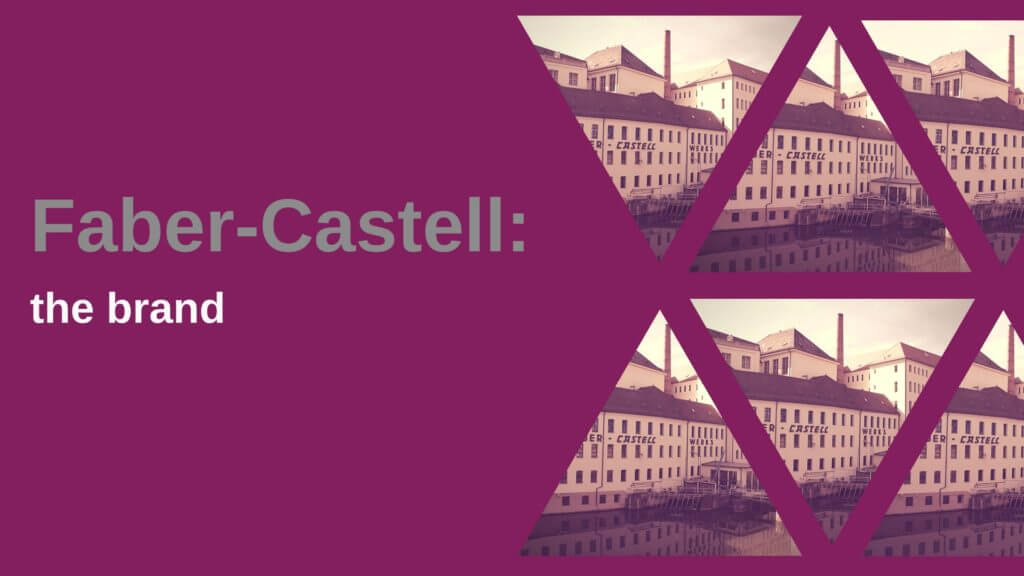 A pioneering brand, and one of the oldest industrial companies in the world, A. W. Castell, as it was then known, was founded in 1761 in Stein, near Nuremberg in Germany. Cabinet maker Kaspar Faber set up the company, and it has been a true family passion ever since, continued from generation to generation.

The company’s first ever product was the (then revolutionary) graphite pencil, released onto the market in 1761. Faber-Castell is in fact the world’s oldest pencil manufacturer. This product has been in constant production ever since, and is still a popular product now.

Kaspar Faber’s ambitious great-grandson, Baron Lothar, took over from him at a later date. When Lothar’s granddaughter married a cadet of the Counts of Castell, the new name of Faber-Castell was born.

Faber-Castell continues to produce innovative designs which are not only striking to look at, but which are also enjoyable to use and reliable in their operation. The company has built up an extensive collection of retail products including wood-cased pencils, coloured pencils, mechanical pencils, fountain pens, ballpoint pens, rollerball pens, and erasers. Faber-Castell products are popular in the home, office and school, and with artists, writers, adults, children… pretty much anyone who has ever used one of the products.

In 1993, the company created a luxury brand, named Graf von Faber-Castell, which is still guided by the standard defined by Lothar von Faber in the 4th generation of the company. This newer brand’s focus is on the creation of prestige writing instruments, and it is well-known for its use of premium woods combined with precious metals and materials.

The Faber-Castell logo over time

Upon the marriage of Lothar Faber’s granddaughter, alongside a new name, the company gained a new logo featuring the original Faber motto of “Since 1761” with the addition of the Castell’s coat of arms.

In 1905, the Faber-Castell green we all know and love was added to the company’s packaging by Count Alexander, who decided upon using his bold regimental colour. This Count also commissioned a painting, years later, of two knights jousting with pencils. This adorned the company’s packaging for many years, but was then dropped due to being seen as old-fashioned. However, in the 1990s, this image was reinstated when the current Count was creating a new corporate image. To this day, they remain as an important part of the logo, be it in an updated form, and a reflection of the company’s past.

The current Faber-Castell logo, featuring the knights and “since 1761”.

The company employs more than 8,000 people worldwide, and of those 8,000, 1,100 people are employed in Germany. Production occurs in 10 countries across the world, at present, and each plant has a different role in the business and produces specific products. The table below outlines each plant, its role in the company, and the products being made on site.

Meet the brand: Tombow
Tombow was founded back in 1913 in Japan by 28-year-old…

Meet the brand: Caran d’Ache
Throughout its history, Caran d’Ache has continually made pens to…
Categories
Visit our shop
Archives