If you were living in the USA you were lucky enough to be able to watch Star Trek: The Next Generation. The UK and Germany got TNG a few years later, in 1990. If you’re more into computers: the Amiga 500 was also released in this year.

..and in the world of pencils 1987 was the year the Tombow Zoom 707 mechanical pencil, designed by Mr Tsuyoshi Hasegawa, was launched in Japan, one year after the ballpoint pen of the same series came out. 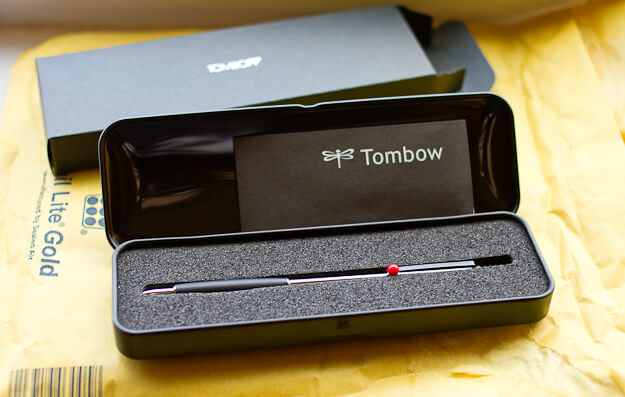 It only took another year before the Zoom 707 was released in Europe – in 1988. Over the next years it won three design award in Germany: the Red Dot Design Award in 1988, the Design Plus Award in 1989 and the Baden-Württemberg International Design Award in 1990.

I’ve got to be honest here, I would have never ordered this pen. The slim design doesn’t look very uncomfortable to me, so I didn’t have particularly high expectation when I started using this pen. To my surprise it was much more comfortable than expected. The rubber grip section of the pen has a diameter of 6.5mm and is not too far off a Tombow pencil’s diameter: the Tombow Mono 100 wood-cased pencil has a diameter of 7.2mm.

The grip is only slightly narrower than a wood-cased pencil

The pen comes in a nice presentation tin and with a lifelong warranty. It doesn’t come with instructions, though, and since I’ve used mechanical pencils in that past that have to be refilled through the tip I wasn’t sure how to refill this pen. It’s size and  the fact that my careful attempt to remove the push top (I didn’t want to damage the pen)  were not successful didn’t help either. The push top can however be removed, to be refilled. My pen came with three leads, but despite is slim design I managed to squeeze eight leads into the pen.

The Zoom 707 is one of those pens that ages well. Despite being more than 25 years old it doesn’t look old fashioned.

As far as I know this pencil is selling well. I wonder how most people are using this pencil. Its two main attributes, the slim size and the sturdiness (thanks to its metal body), make it a pencil that is probably more suitable than others to be a diary pencil, the kind of pencil you clip to your diary and leave it there to fulfil this specific purpose. 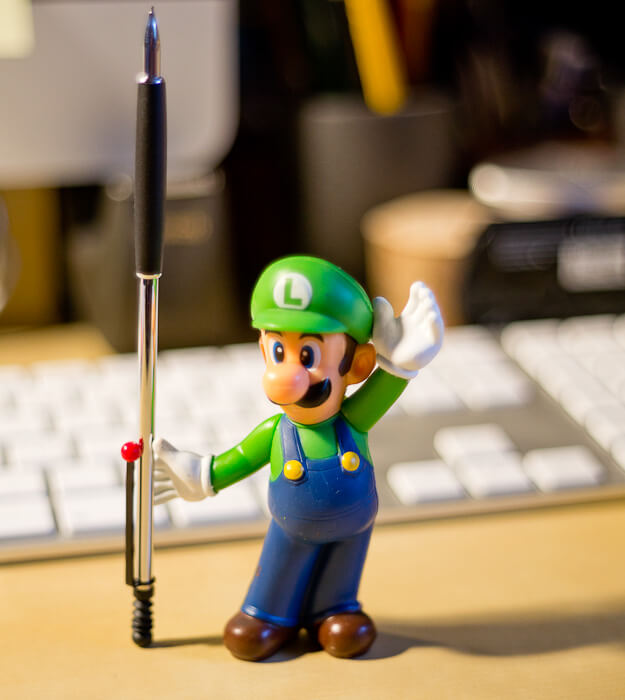 I would like to thank The Pen Company for this pencil and Mrs. Balsewicz from Tombow Europe for the information she has provided about the Zoom 707.

Kaweco Brass Sport fountain pen review
A couple of years ago, you’d have been hard-pressed to…
Categories
Visit our shop
Archives