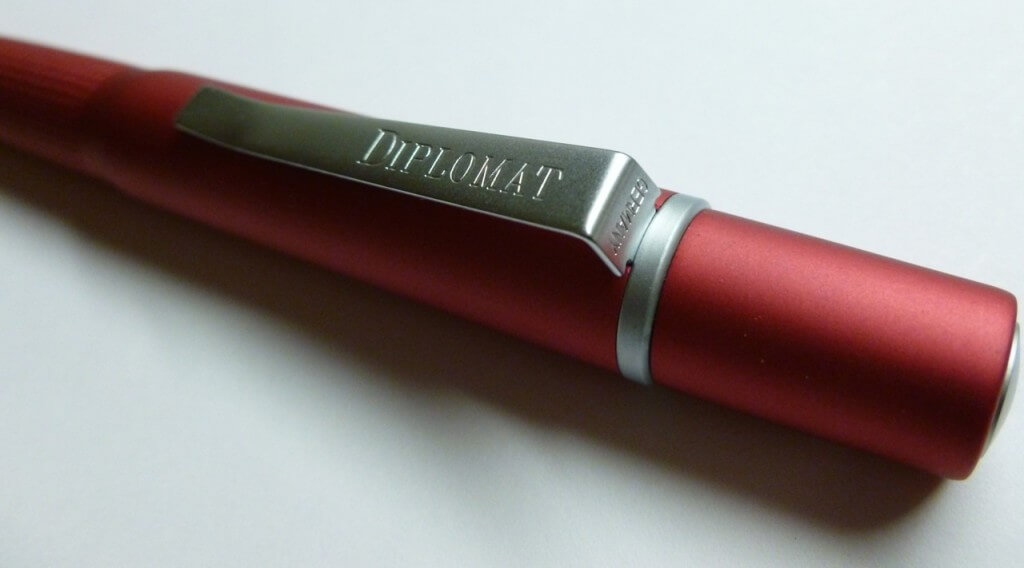 Diplomat (est. 1922) is a pen company that’s flown under my radar until recently. While at the DC Supershow in August, I spent some time at the Diplomat booth and walked away with a Diplomat Optimist Loop fountain pen. I continue to enjoy that pen, and remain impressed by Diplomat’s range of offerings. Since August, because of my good experience with the Optimist Loop, several other Diplomat pens have made their way onto my ever-growing wish list.

The Diplomat Life is my first ballpoint by the company, and there’s plenty to like about it. The size and shape make the pen feel like it was made for my average-sized female hand. This is a pen that’s not too thick and not too thin— really “just right.” Measuring 5 inches (12.7 cm), it’s a pen that runs on the short side, but isn’t at all TOO short. The body tapers down to a comfortable grip size of 0.4 inches (9.3 mm). Weighing in at 19 grams, this anodized aluminum pen is easy to use for long writing sessions. It’s a lightweight and compact pen that feels great in hand. 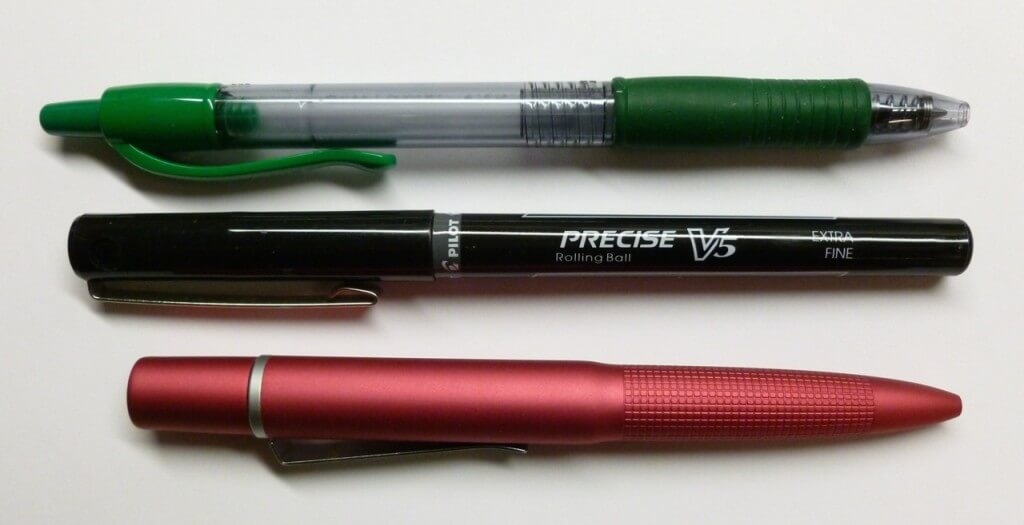 Available in four colors— Raspberry, Blue, Anthracite, and Raw Aluminum— the matte finish of the anodized body shimmers in the light for a cool metallic look. (It’s hard to photograph and hard to describe.) The “brushed” (non-slick) finish means that your fingers won’t slip as you write. The finish is uniform and dazzling, in a beautifully muted kind of way. 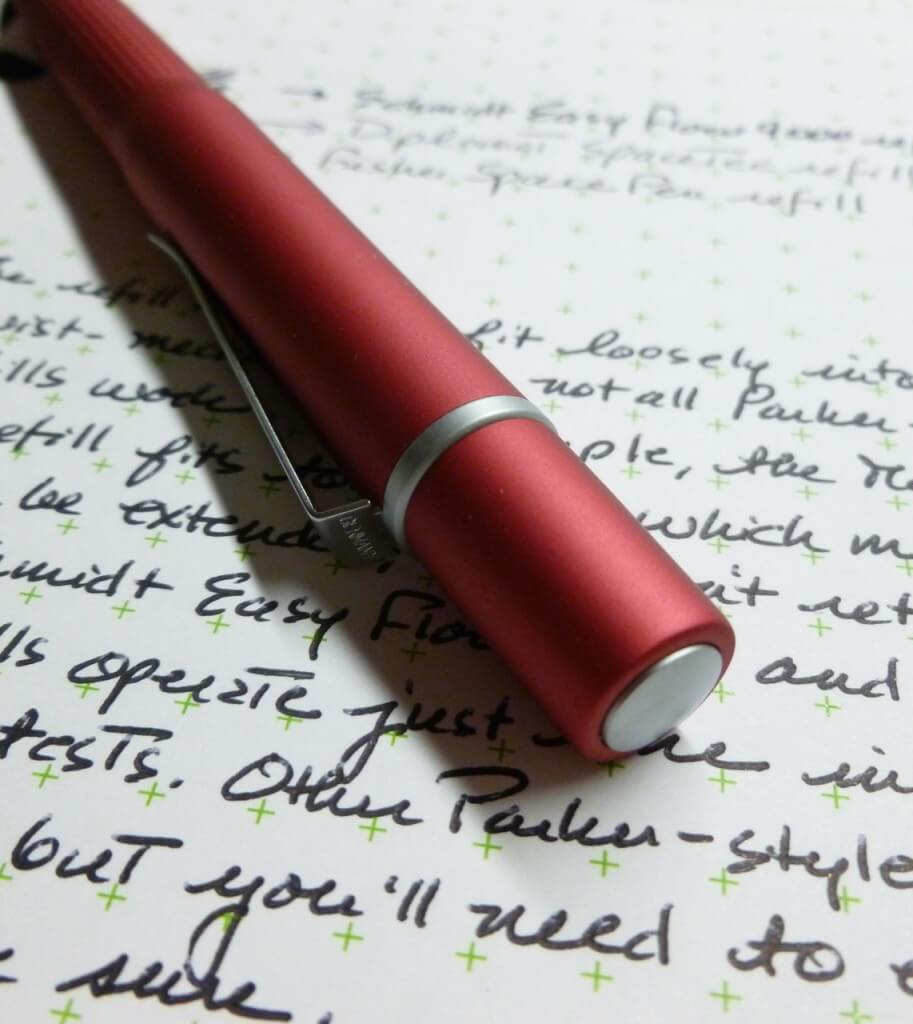 Accented with matte aluminum trim and a thin but sturdy and springy clip, the pen looks well-designed and executed. My favorite feature is the gridded grip area that looks really sharp while also providing excellent texture for a slip-free grip. The refill is deployed by twisting the end of the pen, just above the clip. The action is both solid and smooth. 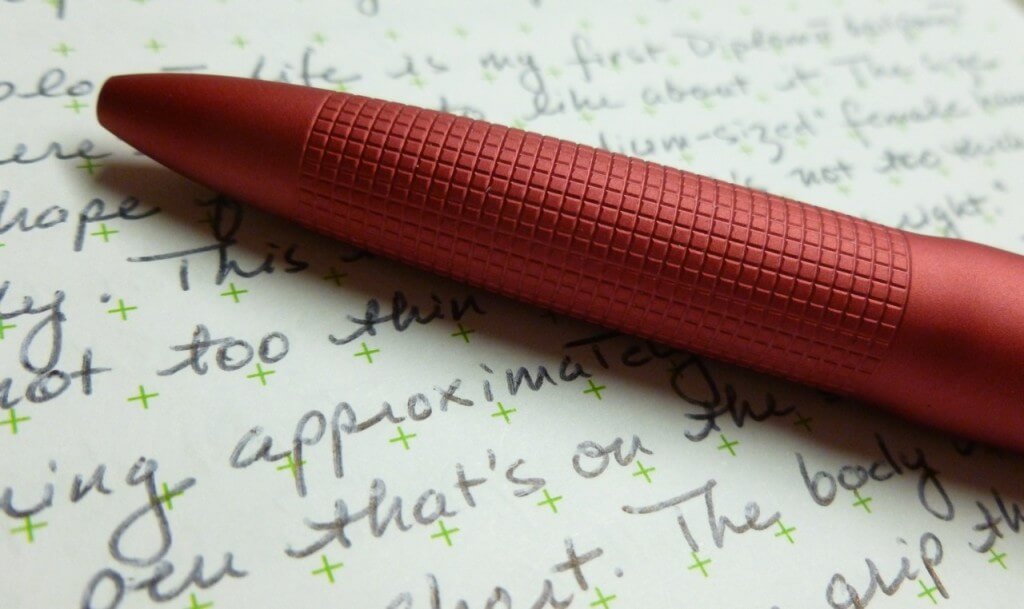 The Diplomat SpaceTec refill is, according to the package insert, hermetically sealed and pressurized, meaning that it will write in any position, and at extreme temperatures, much like the Fisher Space Pen refill. The insert also notes that the refill should write for over three miles before running out— 3x longer than most ballpoint pens.

I’m a bit of a stickler for dark/intense ballpoint ink, and this is where the SpaceTec refill leaves me feeling somewhat let down. The refill is smooth, but too light for my tastes.

If you’re like me— the darker the refill the better— don’t despair! Because the Diplomat Life accepts SOME Parker-style refills, there are other options. I was able to easily swap in the Schmidt EasyFlow 9000 refill and NOW this pen is, for me, just perfect. 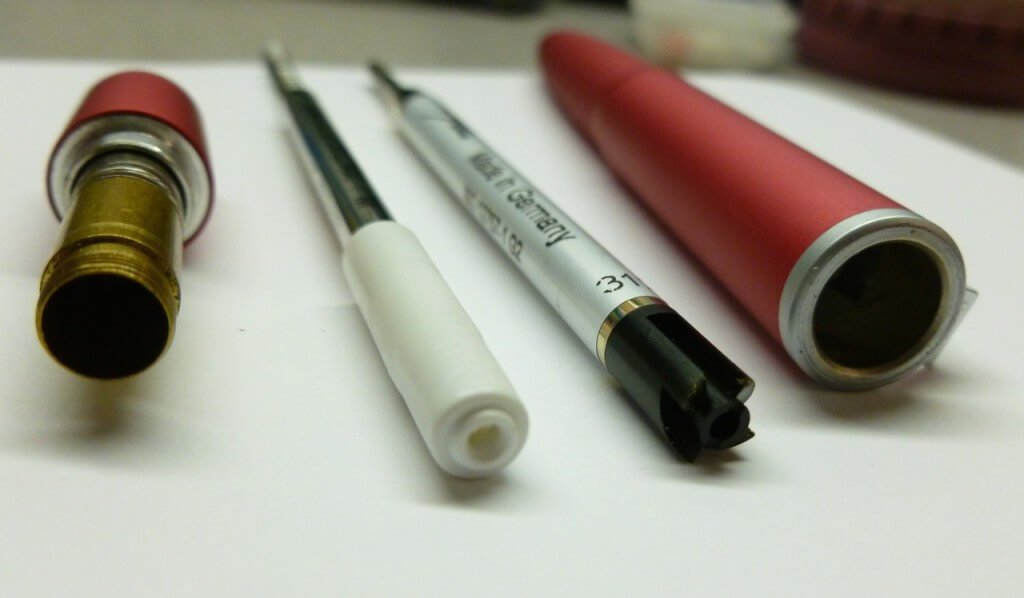 If you want the added benefits of the SpaceTec refill, stick with it, but if you don’t, experiment with the Parker-style refill of your choice. What you need to know, though, is that the refill needs to fit loosely into the pen’s twist mechanism, which is why not ALL Parker-style refills work with this pen. For example, the Moleskine gel refill fits too snugly. It will extend, but then can’t be retracted. The Schmidt EasyFlow 9000 and Fisher Space Pen refills operate just fine in my limited “refill swapping” tests. Other Parker style refills may fit as well, but you’ll need to experiment to know for sure. 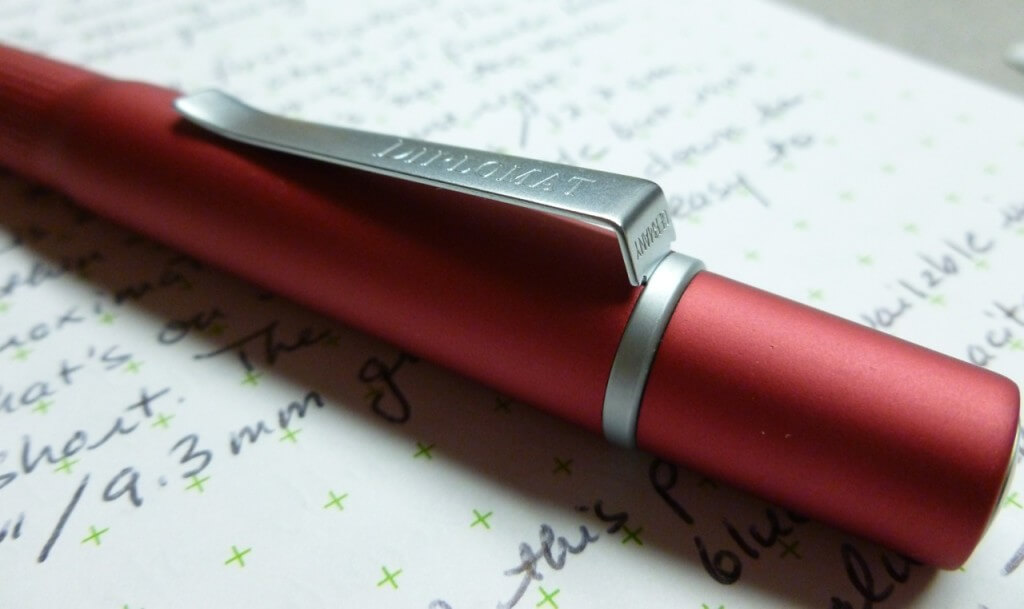 The Diplomat Life is my second Diplomat pen and I’m as happy with this one as I was with my first. The look, fit, and finish are all superb. The SpaceTec refill lets you write in extreme hot and cold and even upside down. And if that’s not your thing, there are other excellent refill options available. 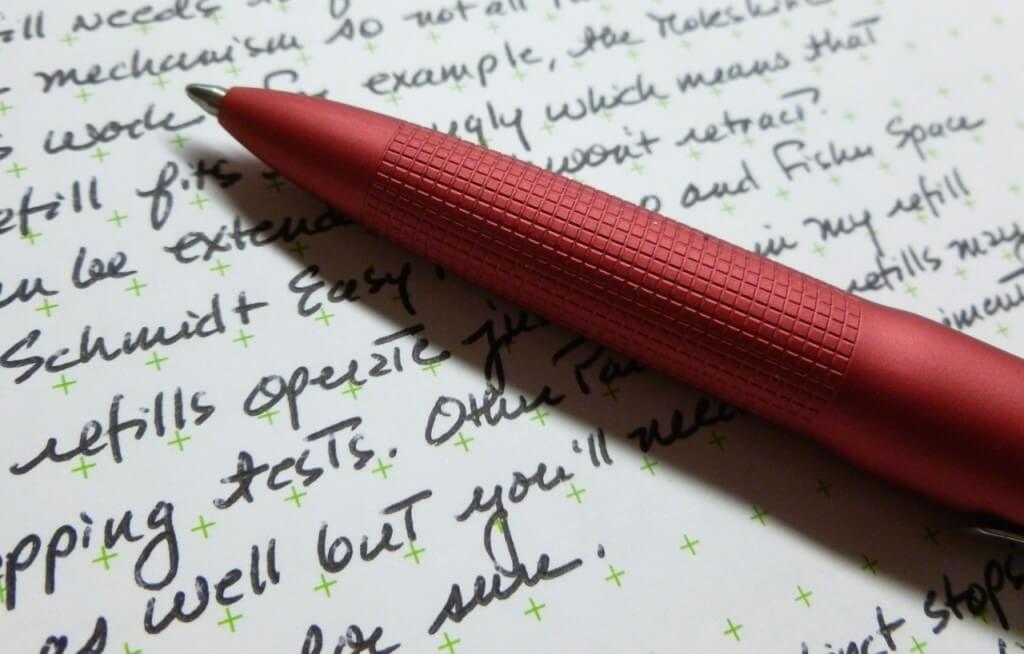 Available for £14.97 ($23.92), the Diplomat Life ballpoint is a great entry level foray into the world of Diplomat pens. Diplomat— a pen company that’s no longer flying under my radar.

A review of the Staedtler Mars 502 Lead Pointer Pencil Sharpener
Today: something different. A video product review. A quick…