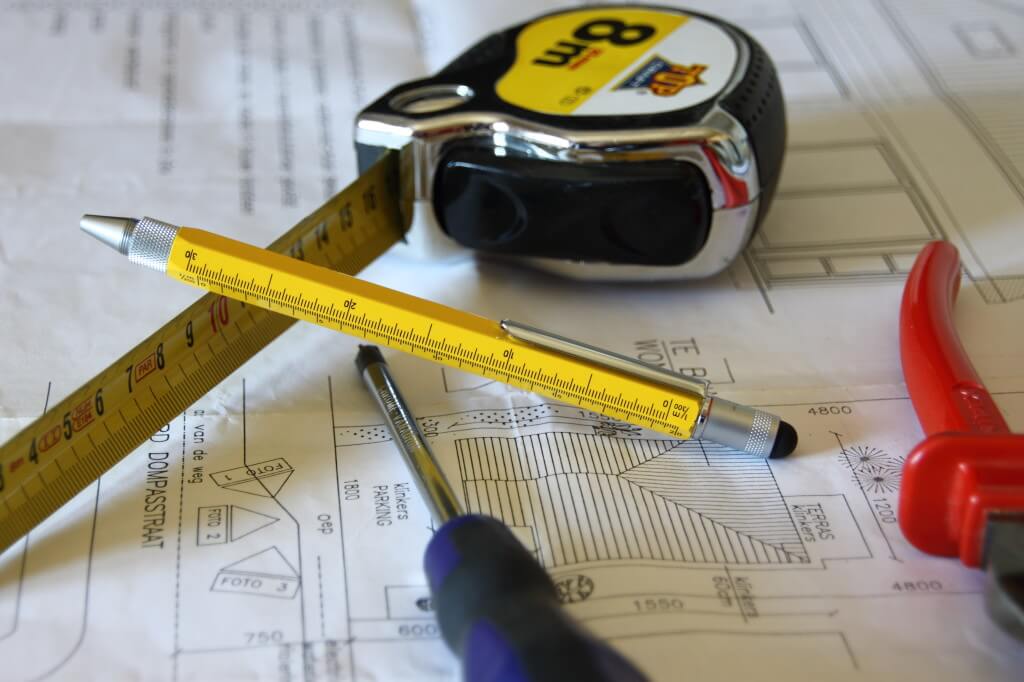 Are you sick of the amount of times you needed your screwdriver, ruler or bubble level, but didn’t have those with you? No? Well, to be honest, me neither, so I was a bit sceptical about the actual functionality of this pen. But that all changed as soon as I got it in my hands…

Oh boy, was I wrong, thinking that this pen wouldn’t have anything worth going for! As soon as you take it out of the cardboard sleeve, you’ll notice that this is indeed a real workhorse pen that’s made to be used and abused! It’s a solid, heavy, big pen, weighing in at around 35 grams. Really, if this isn’t solid enough for you, you might as well go buy a solid metal rod! The fit and finish is extremely good, and the twist-mechanism of the pen operates smoothly and feels solid (if you haven’t noticed it by now, this pen is SOLID!)

The yellow lacquered body looks and feels great (it really looks as if you were holding measuring tape!) I did however notice a few small blemishes at the edges of the barrel, but nothing too bad! The ruler markings are painted instead of laser etched, so they might wear off over time, but only time will tell how long it takes before the paint wears off. 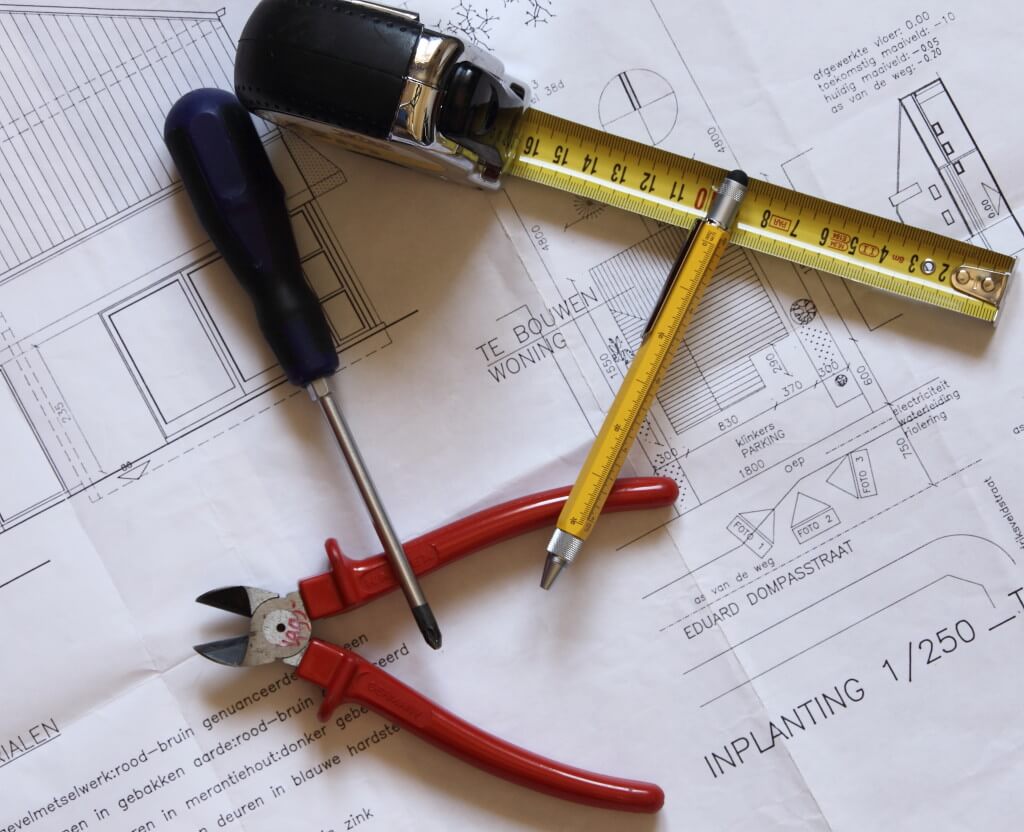 Obviously, the big selling points are the numerous gadgets in and on the pen. They are of course a bit gimmicky, and not always useful, but nevertheless I was surprised at how many times I grabbed it to tighten a screw, measure something or control my tablet with the stylus! The screwdrivers are small, but perfect for small electronical devices or other small items. The stylus works surprisingly well, it’s not sticky – unlike some styluses – and it’s very responsive. 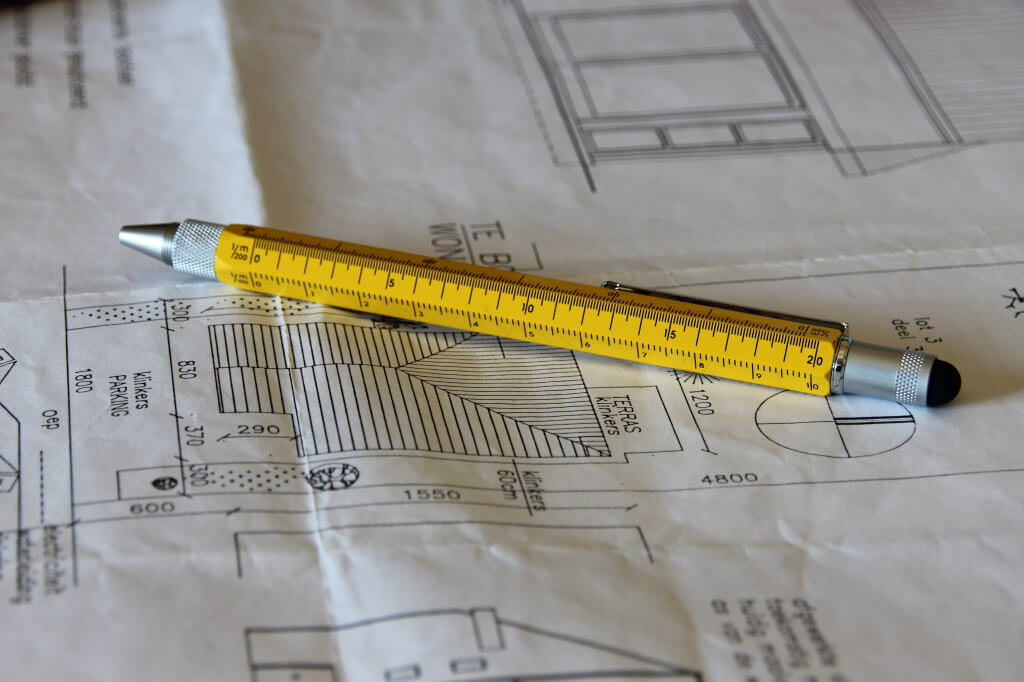 They also thought about the fact that you end up with a very small blind cap in your hand when you want to use the screwdriver: The tip of the pen has a few threads so you can screw it onto the front of the pen. It’s a small detail but I could imagine losing it within five minutes if they didn’t make it postable! 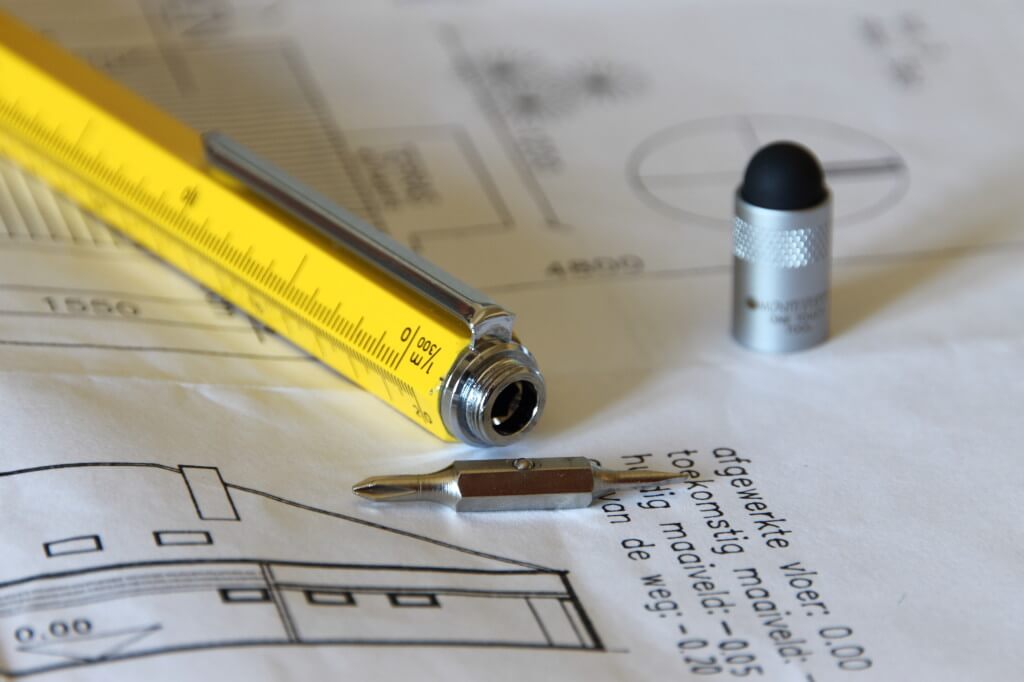 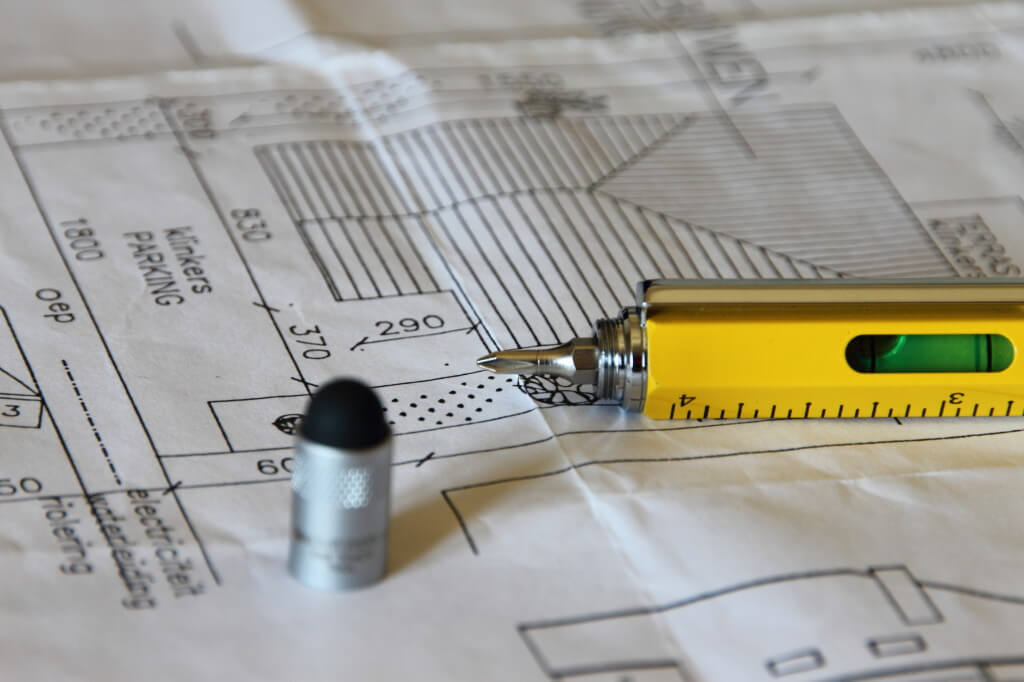 After using this pen in my daily carry for a while, I would say that the REAL selling point is the refill! The way this pen writes, oh my! Honestly, I think I never used a ballpoint as good as this. Monteverde clearly did a great job on the refill! The black refill is super smooth and has a good, consistent flow. The ink has good saturation – probably not as good as a fountain pen ink, but good nevertheless. I did encounter the occasional blob of ink (argh! That’s why I don’t use ballpoint pens!) every now and then, but all things considered this might well be THE best ink refill I’ve used in years! 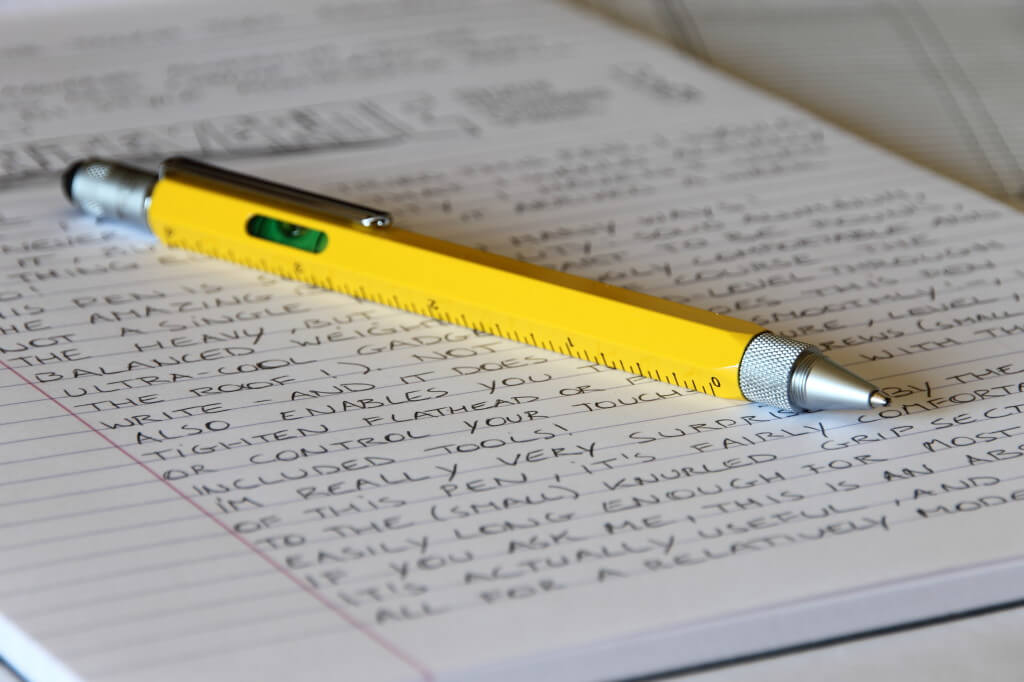 The only downside is the fact that it doesn’t have a decent grip (No Monteverde, the little knurled part at the front doesn’t count as a grip section!) I tend to hold it a bit higher, which is still fairly comfortable, although it can get a bit slippery after a while, and the lack of a proper grip makes it a bit harder to cope with the sheer weight of the pen.

So, no, it might not be the best looking pen in the world, – Monteverde clearly chose to put function over form – but the result is quite brilliant! They managed to make it surprisingly functional without influencing the writing aspect. For around 20 GBP / 25 USD, this is certainly a good buy, whether you are a pen addict or a do-it-yourself kind of person! 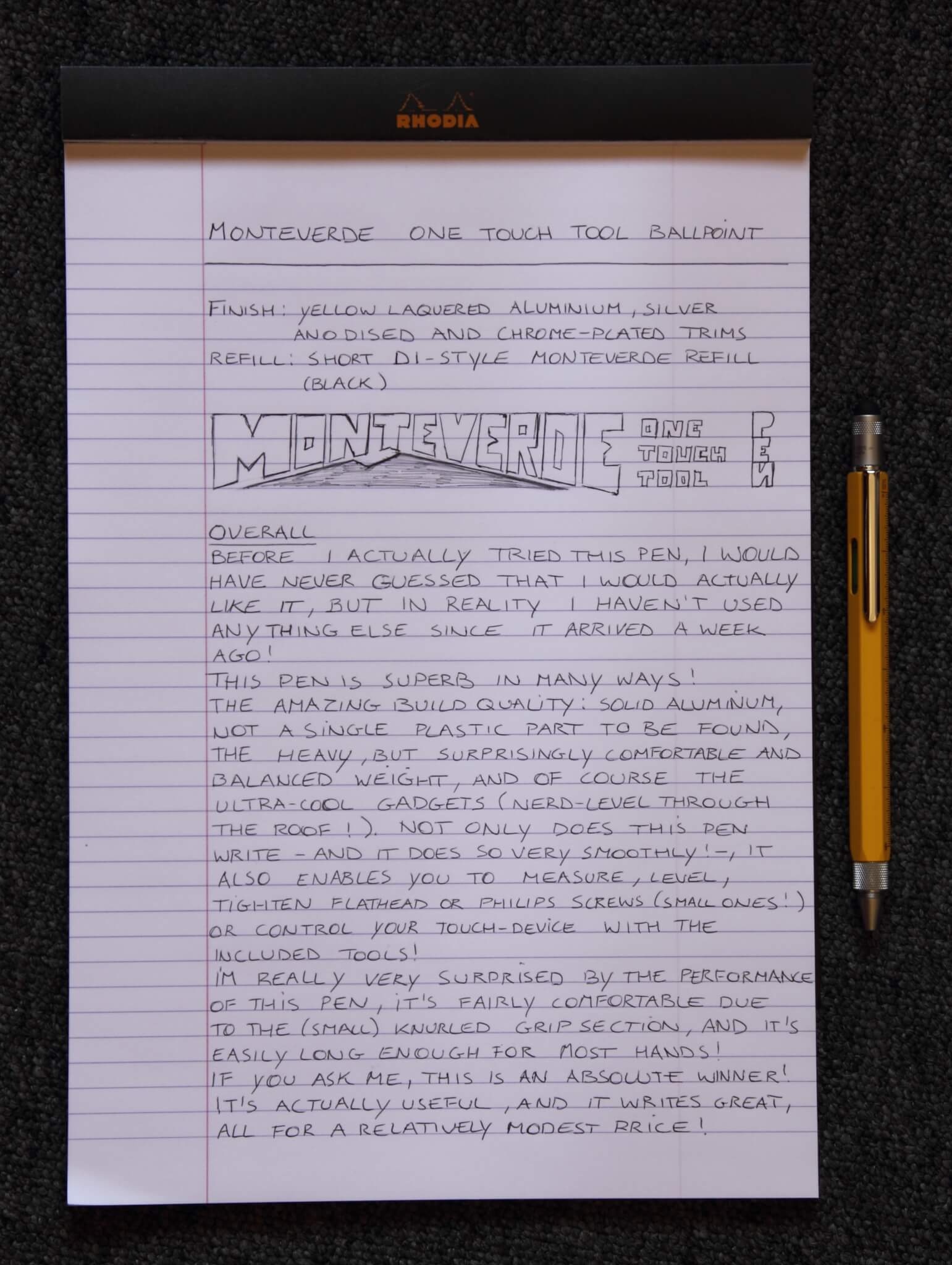 The Tombow Zoom 707 de Luxe mechanical pencil review
Introduction Do you remember what you did in 1987? If…